Will furlough scheme be extended to November by Rishi Sunak?


WORKERS who are worried about a local lockdown may be able to get help with their finances if restrictions are tightened again.

But will Chancellor Rishi Sunak extend the furlough scheme into November? We explain what you need to know.

Mr Sunak will today set out a new financial package for businesses that might have to shut again next week.

Reports suggest that the new scheme will support two thirds of workers’ wages in areas where their businesses are forced to shut their doors.

It comes as Boris Johnson is preparing to announce a new tiered system for the country – which may include new coronavirus restrictions for areas with the highest infection rates.

Manchester, Liverpool and Newcastle are expected to be ordered to temporarily shut cafes, pubs and restaurants as early as Monday.

What is the furlough scheme?

IF your employer has been forced to close temporarily due to coronavirus, it can claim back part of your wages from the government.

Claims are capped at £2,500 a month for each employee – so if you usually earn a lot more than that you’ll see a bigger drop in salary.

Your company can top up the remaining money you’d usually be paid, but many businesses are taking a serious hit and have chosen not to.

But this ended on July 31, so now company bosses have had to stump up instead

Mr Sunak revealed his new Job Support Scheme last month for firms which still needed help – but this is only available for workers who can do at least a third of their hours.

The scheme will be available from November 1 and run for six months.

But many critics said it wouldn’t be enough if businesses were ordered to close.

Will furlough be extended?

Several MPs have called for the original furlough scheme to be extended, including the Commons Treasury committee and former Work and Pensions Secretary Stephen Crabb.

Industry and manufacturing think tanks have also warned of “cliff edge” unemployment levels not seen since the Great Depression if the government fails to extend the scheme.

But although The Treasury is now rolling out new support, it has reiterated that its furlough scheme will end on October 31 as previously announced.

The scheme, which was launched on April 20, has helped more than nine million jobs.

To help furloughed workers, the Treasury has instead rolled out a £1,000 bonus for firms that re-employ staff members.

Plus, it said it’s creating “new roles for young people with our Kickstart scheme, creating incentives for training and apprenticeships, and supporting and protecting jobs in the tourism and hospitality sectors through our VAT cut”.

If you aren’t eligible for the Job Support Scheme nor won’t be helped by the latest support package yet to be announced, there are other options available for people struggling financially.

The government has a helpful quiz which outlines all the different situations that you might find yourself in.

It’s been created to help people work out if they need help financially with any of the following because of the outbreak:

You then answer a series of multiple choice questions explaining how you might need help and it takes you to different pages of support.

We’ve broken them down here.

If you live in the UK or Northern Ireland, there are several options available to you if you’ve been made redundant.

Citizens Advice and Shelter also offer support and guidance to people who can’t pay their bills, rent or mortgage.

Meanwhile, for job seeking advice, we’ve created several guides to help you towards your next job.

Make sure you check if your redundancy payout is fair too.

If you’re freelance or self employed, you still have until October 19 to apply for the Self-Employment Income Support Scheme if you’re eligible and your cashflow has been affected since July 14.

Otherwise, you could be eligible for Universal Credit or the Employment Support Allowance.

If you’re finding it hard to afford food in England and Wales, you may be able to apply for Universal Credit, or you could have a look for local food banks in your area.

Some places require a referral, so the best option is to go to your local Citizen’s Advice and book an appointment with an adviser.

If you have kids or are pregnant, you can apply for free school meals or healthy start vouchers, where you’re given one £3.10 voucher per week to spend on milk, infant formula milk and vegetables.

See also  Cleaning Courses for Everyone- Understanding The Skills They Teach

In Scotland, you can also apply for Universal Credit, get free school meals, speak to your local council or could apply for the Scottish Welfare Fund.

In Northern Ireland, you could also apply for free school meal vouchers, apply for Universal Credit, Healthy Start Vouchers, speak to your local council and look at other financial support and benefits you could get by visiting NI Direct.

If you’re homeless, or worried about being homeless, you can speak to Shelter in Scotland, England or Wales (and the Scottish Government website has an extra page on homelessness) or speak to your local council.

Meanwhile, the eviction ban, which was paused during the outbreak, came to an end on September 20.

Matalan Black Friday 2020: The best deals to look out for

UK economy grew 2.1% in August due to Eat Out to Help Out but recovery slowed

Landlords will have to give tenants six months notice if they wish to evict renters and this will stay in force until March 31.

Shelter and your local council will be able to help you get advice if you’re facing eviction and not sure where to go next. 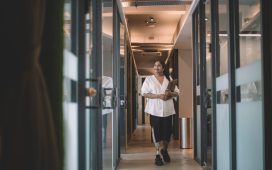 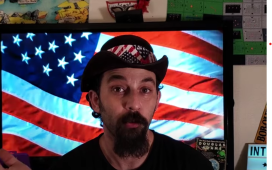