The UK has kicked its coal addiction, despite returning for a quick fix in the depths of winter.

Britain’s electricity system went more than two weeks last summer without burning a single tonne of the dirtiest fossil fuel for the first time since the 1880s, in what was hailed as a landmark in the country’s attempts to turn its energy supplies “green”.

Coal has crept back into the mix over the winter, consistently generating about 5 per cent of the mainland UK’s electricity.

But, in truth, this signalled neither a retreat from the pledges made as part of the Paris agreement on climate change or a natural response to the colder winter months. What has been happening is nothing more than the death rattle of Britain’s coal industry.

Wind, nuclear, cleaner natural gas and, critically, a higher price for carbon emissions have helped strip coal almost entirely out of the system, well ahead of government plans for UK coal plants to be shut by 2024. The country’s electricity supply has cut CO2 emissions by around two-thirds in a decade, faster than any other big economy.

Generators such as SSE and Drax, which have spent billions to reposition themselves as cleaner operators, fired up their coal plants in large part not because the market has demanded it, but because they are sitting on stockpiles they need to get rid of before they close their sites.

SSE’s Fiddler’s Ferry power plant in Cheshire, which is due to close next month, confirmed it was burning coal “to use the remaining stocks over the winter when demand is at its highest”.

Drax, which has converted much of its main power plant in Yorkshire to run on biomass in the form of wood pellets, said its coal units “can still play a role” outside the summer months, but declined to say for how much longer. It has contracts to supply electricity from its coal units when supplies are tight up until 2022, but that has rarely been the situation this winter.

Analysts at EnAppSys, which monitors energy supplies, said there was no economic incentive to use coal unless power plants were simply trying to burn through old stocks, given that wholesale gas prices are close to their lowest level in a decade and the costs of emitting carbon are still high.

Coal that has been sitting in yards cannot easily be resold, making it akin to a stranded asset.

There is an element of hypocrisy in companies that trumpet their role in cleaning up the UK’s energy system choosing to burn coal. But it should not overshadow what has been achieved.

Coal use is coming to a juddering halt, from supplying around a third of UK electricity generation a decade ago. The winter rebound was a final dirty hurrah. 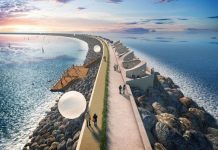