Few commuters will forget the chaos on UK railways caused by the June 2022 train strikes.

Over three days, some 40,000 workers with the Rail, Maritime and Transport (RMT) union walked out in a dispute over pay freezes and job conditions with Network Rail.

It was the biggest train strike for a generation in the UK, where employees have the right to strike over issues such as pay and job losses, as part of a properly-organised union.

Many will be wondering whether more strikes are to come this summer and later in 2022. Not just on the rail, either – as postal workers, airline staff and even criminal barristers take action.

Here are the industries which are, or could potentially, face strikes this year, and all the latest updates.

Which industries could strike in 2022?

Is a strike on the cards? In some places, yes, with more strike action being discussed.

What’s happening? Train drivers for Croydon’s trams, with the Associated Society of Locomotive Engineers and Firemen (ASLEF) union, walked out in late June.

Meanwhile, talks with the RMT union are ongoing to try and resolve the dispute that led to the June 2022 rail strikes affecting Network Rail and many operators across the UK.

And workers with the Transport Salaried Staffs’ Association (TSSA) union are currently being balloted as to whether more industrial action will go ahead this summer.

London Underground (aka the Tube)

Is a strike on the cards? Not at present.

No further action has been planned or detailed by TSSA, which is TfL’s biggest union, at the time of writing. Any future action, and how it impacts customers, will be detailed on the TfL website.

Airlines including BA, Ryanair and easyJet

Is a strike on the cards? Yes.

What’s happening? A number of airline staff strikes are happening in the UK and across Europe.

In the UK, British Airways staff at London Heathrow Airport with the Unite and GMB unions voted in favour of strike action, by more than 90%.

Around 700 staff, who work in check-in desks and on the ground, will walk out sometime this summer, in a specific dispute over a 10% pay cut implemented during the pandemic.

A Unite spokesperson said: ‘The problems British Airways is facing are entirely of its own making. It brutally cut jobs and pay during the pandemic even though the government was paying them to save jobs.

‘In the case of this dispute, they have insulted this workforce, slashing pay by 10% only to restore it to managers but not to our members.’

easyJet cabin crew in Spain will be striking across multiple days in July if their pay dispute is not resolved, says Unión Sindical Obrera (USO), though this is not a UK strike.

Meanwhile, Ryanair staff in Spain and Portugal conducted walkouts throughout the end of June, also in Belgium, France and Italy, with more strikesin Spain planned.

The airline told Reuters in a statement at the time: ‘Less than 2% of Ryanair’s 9,000 flights operating [on June 24, 25 and 26] have been affected by minor and poorly supported crew strikes.’

Dates: TBC for British Airways, but possibly July. There will be easyJet strikes in Spain on July 1 to 3, 15 to 17 and 29 to 31. Ryanair strikes in Spain are taking place from June 30 to July 2.

Is a strike on the cards? Already happening in Yorkshire, and ‘on the table’ in London.

What’s happening? Yorkshire-based Arriva staff, who are part of the Unite union, have been striking for four weeks now, reports Yorkshire Live.

The strikes began on June 6, affecting Leeds, Wakefield, Huddersfield, Bradford and more. As of June 15, Arriva had offered a pay increase and called for strikes to end, but Unite said the offer was below the current level of inflation.

Strikes continue, and talks are ongoing.

In London, Unite called for job and pay security on June 16 for its some 20,000 London bus worker members, as it says 800 jobs are possibly at risk due to proposed route cuts.

Unite general secretary Sharon Graham said: ‘These cuts are an attempt to make London’s bus workers pay the price for the pandemic and we reject them entirely. The option of Unite taking industrial action to protect our members is fully on the table.

‘Bus cuts also always harm those who can least afford to lose the bus service, our poorest communities. The mayor and the London Assembly must firmly reject TfL’s plans and stand up to the Westminster government.’

Is a strike on the cards? Yes, happening soon.

What’s happening? Around 1,500 Post Office workers are striking in July, walking out of some 114 Post Offices for 24 hours in a dispute over salaries.

Members of the Communication Workers Union (CWU) voted overwhelming for action, by 97.3%, and said an offer of a 2% pay rise was a ‘massive real-terms pay cut’ – given a previous pay freeze and inflation.

CWU’s assistant secretary said: ‘Our members feel betrayed and will not tolerate their living standards being smashed by people in charge of a public service that due to our members’ efforts made tens of millions of pounds in annual profits.

‘There is more than enough money for a reasonable pay rise – implementing this pay cut is a management choice, not a necessity.’

More action may follow. A reported 115,000 Royal Mail workers, also with CWU, are being balloted on strike action, as of June 29. The results won’t be decided for several weeks.

Is a strike on the cards? Yes, happening now.

What’s happening? Hundreds of criminal barristers are striking over their working conditions and legal aid funding.

Around 81.5% of 2,000 members in the Criminal Bar Association (CBA), representing barristers in England and Wales, supported the decision to take action, which involves 14 days of strike across four weeks.

Some crown courts across England and Wales are running limited services as a result, with criminal trials and other cases postponed or rescheduled.

CBA vice chairwoman Kirsty Brimelow has said of the dispute: ‘The CBA has repeatedly warned the government that the huge decline in real incomes at the criminal bar poses the most serious threat to the British legal system in decades.

‘We have made our case over and over again to government but our warnings continue to fall on deaf ears. They have no solution to saving the criminal justice system. This is a national crisis which is of government making and it must be dealt with as a national emergency.

‘We cannot allow further attacks on our profession when we know the reality of the crumbling courts and junior barristers, who walked away long before this action.’

Dates: Mondays and Tuesdays, increasing by a day each week throughout July, then culminating in a five-day strike from July 18 to July 22.

Is a strike on the cards? Not right now.

What’s happening? No teachers’ strike has been planned, or balloted for, at the time of writing.

However, on June 20, the general secretaries for the National Education Union (NEU) wrote to the Education Secretary Nadhim Zahawi demanding an ‘inflation-plus’ pay rise for teachers.

The proposed 3% increase, they wrote, was not enough due to falling salaries, ‘unsustainable’ workloads of increasing intensity, and a ‘worrying’ lack of new teachers.

They wrote: ‘We calculate that teacher pay has fallen by a fifth in real terms since 2010, even before the effects of this latest bout of inflation.

‘Alongside the decline in teacher pay in real terms against inflation, it has also declined in relative terms against earnings. Average teacher salaries are at their lowest level compared to average earnings across the economy in over 40 years.’

It added that if the pay offer was not met, the NEU would ballot for industrial action.

Is a strike on the cards? Not right now, but it does seem to be looming.

What’s happening? At the time of writing, it does not appear that any NHS strikes have been planned.

However, some may be forthcoming, with doctors’ union British Medical Association (BMA) lobbying for ‘pay restoration to 2008 value’ – with junior doctor Emma Runswick saying at the BMA’s annual meeting that strikes are ‘likely’.

Dr Runswick added: ‘A union that could win a 30% pay award is a union that can win anything. If we do nothing we will see pay halved, doctors in financial difficulty, demoralised and leaving.’

Doctors at the BMA annual meeting also discussed their ‘right to respite’ and time off-duty.

Over in Scotland, the Royal College of Nursing Scotland recently urged its members to reject a 5% pay bump, saying more is needed given nurses’ workload and the cost of living crisis.


MORE : How to join your union – and why you should


MORE : Did you find the strikes nightmarish? For disabled people, travel is always like this

Experience: I speak more than 50 languages 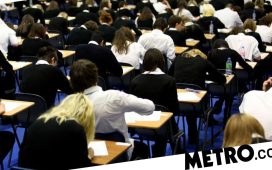