Petrol prices in the UK are expected to rise for a seventh successive month after reaching a two-year high at the weekend.

The price of unleaded has passed an average of 129p a litre, its highest point since June 2019, as the rising price of crude oil is matched by increasing demand from drivers. The price of diesel has risen to 131.4p on average at the pumps, the highest since January 2020, before the first coronavirus lockdown.

The steady rise in petrol prices since November 2020 is one of the longest on record, and if sustained, the trajectory threatens to take the cost of unleaded for motorists to a seven-year high within weeks, according to RAC Foundation figures.

Fuel prices dropped 20% during the 2020 lockdown, when fewer cars were on the roads, but had climbed back before what was expected to be the busiest motoring weekend of the year so far, the first bank holiday after the relaxation of Covid restrictions on travel and overnight stays.

Smaller retailers have been hard hit, with the proportion of fuel now being bought at supermarket forecourts rising to about 60% in the UK, compared with 45% before the Covid-19 pandemic, according to the RAC’s fuel spokesman Simon Williams.

“People have been more reliant on their cars but haven’t done the miles – it’s had an unfortunate effect of squeezing smaller fuel retailers who haven’t been able to cope with the reduction in custom.”

Private car use in the UK fell to about a third of normal levels during the first lockdown but has now all but returned to 2019 traffic levels, according to the latest Department for Transport figures.

The relative strength of the pound against the dollar, in which wholesale oil is purchased, has insulated UK drivers from higher rises. However, the price of a barrel of Brent crude has returned to just under $70 (£49.35) a barrel, from its low of $20 in April 2020, before an Opec meeting on Tuesday where oil producers will decide whether to raise production.

Williams said: “Because of the vaccination programme, restrictions being reduced, and people driving farther, you have greater demand for oil. The wholesale price could rise – it depends if Opec are releasing more oil to meet increased demand around the world.”

Analysts expect Opec to stick to plans to gradually ease supply cuts until July. Meanwhile, Iran has said it could pump another 6.5m barrels of oil a day, roughly 7% of global demand, should negotiations with the US over the nuclear deal allow sanctions on oil exports to be lifted. 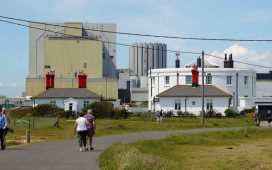 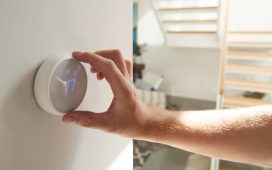