Slovakia to test all citizens over age of 10 for coronavirus


Slovakia’s government has involved the military in a three-week programme to test every citizen over the age of 10 for coronavirus.

A three-day pilot was run last week in four regions in the north of the country, and further mass testing will take place this weekend and next with the aim of reaching 4 million adults and isolating those who have the disease.

The army will assist 20,000 medical staff working across thousands of testing sites. Results will be given within roughly half an hour of a sample being taken.

People who test positive will have the option of quarantining for 10 days at home or moving into a facility provided by the government. Those not willing take the antigen test will have to self-isolate for 10 days or face a €1,650 (£1,485) fine.

Everyone tested will receive a certificate, and police will conduct spot checks to find anyone seeking to avoid the process.

Ministers have said the country’s hospitals could be on the brink of collapse within weeks. The number of infections has risen steeply since the end of the summer, after the country came through the first wave of the disease in the spring relatively unscathed.

There were 2,785 new cases of infection recorded on Wednesday, compared with 231 a month ago.

The prime minister, Igor Matovič, outlined the approach to his fellow EU leaders during a summit held via videoconference on Thursday evening.

The European council president, Charles Michel, who chaired the meeting, said: “The prime minister explained what the strategy is in his country regarding the rapid test … He will share the outcome of the result of this strategy, this project, to organise on a very broad basis testing in order to be able to isolate and in order to be able share with us after that the data.” 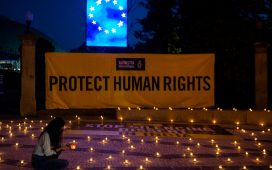 ‘Glory of arms and art’: Napoleonic plunder and the birth of national museums 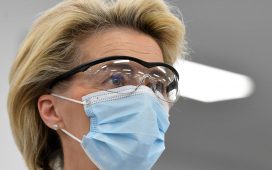