Marks and Spencer said it was planning for the English national lockdown to last “potentially until Easter” as it reported a sharp fall in third-quarter sales as earlier store closures hit.

Clothing and home sales fell 24.1 per cent in the 13 weeks to December 26, reflecting the closure of shops in England for the whole of November, while same-store sales in food rose 2.6 per cent.

The total sales decline of 8.2 per cent was less than the 9.8 per cent expected by analysts at Barclays and the 22.8 per cent sales fall experienced in the first quarter of its fiscal year, when shops were shut throughout.

In clothing, a 46.5 per cent drop in store sales over the quarter was partly offset by 47.5 per cent online growth.

Chief executive Steve Rowe said trading was robust, “given the on-off restrictions and distortions in demand patterns” over the period.

“More importantly beneath the Covid clouds we saw a very strong performance from the food business, including Ocado Retail and a further acceleration of clothing and home online.”

M&S supplies own-label groceries to Ocado Retail, of which it owns half, but does not consolidate the joint venture’s sales with its own.

Entain plays a strong hand in a show of far-sightedness 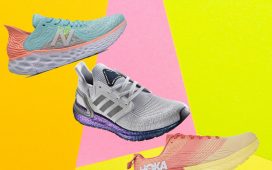 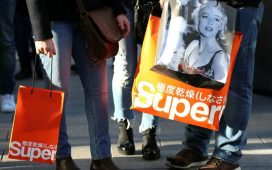 Moonpig confirms stock market flotation for up to £1.2bn