The footballer Marcus Rashford has called on ministers to offer a guaranteed “meal a day” to all school pupils in England in financially struggling families as he warned that his campaign to end child food poverty still had a “million miles to go”.

In a recorded video hearing with the Commons petitions committee, the Manchester United and England striker repeated his call for a review of the free school meals system, saying the government was too slow to put measures in place when coronavirus hit, with the result that too many families were “left with nothing”.

“The main point is children and families … need assurances that when they fall, they are going to have someone to lean on, they’re going to be protected,” he said.

“They [ministers] should have had things in place to assure people they’re not going to hit rock bottom and have no help. Because too many people that I’ve spoken to and the families and their children, they hit that point and they’ve had to build themselves back up on their own. And for me, that’s not fair.”

Rashford has achieved two of his original demands – the provision of meals and activities to low-income families during school holidays and the expansion of the healthy start voucher scheme – but has also called for a full-scale review of the free school meals system.

“It seems like we have taken steps forward but in my mind we’ve got a million miles still to go,” he said.

He called on the government to lower the threshold for free school meals eligibility so that a further 1.7 million children from low-income families on universal credit are able to claim school meal support. The Child Poverty Action Group has estimated that two in five children living below the poverty line are not entitled to free school meals.

The footballer was questioned by the chair of the commons petitions committee, the Labour MP Catherine McKinnell. Rashford’s petition last year gathered more than 1.1m signatures from the public, triggering the hearing.

Rashford said he was optimistic the government would recognise the need to change the free school meals system. “I think once they do review it they’re going to see for themselves, and the more they have closer contact to the people that they are helping, I think the more likely they are to make change…”

He added: “I believe that if the government had the information that I have, and they spoke to the people that I have spoken to, from all different areas of the country, they would want to review it and change it themselves.”

The live hearing of the committee takes place on Thursday, with evidence from poverty charities and the head of the government-commissioned national food strategy, Henry Dimbleby.

McKinnell called on the government to outline any plans it had to bring forward a long-term strategy to tackle food insecurity and child food poverty. 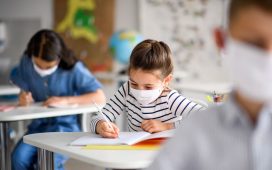 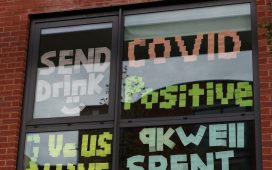