People would blow a Universal Basic Income on “lots of drugs”, the Tory candidate for London mayor has claimed.

Shaun Bailey has been accused of “contempt” for families after making the argument against paying everyone a sum of money from the state.

Lib Dems and Greens on the London Assembly have been pushing for a trial of the radical scheme – which would give all citizens a flat sum of money regardless of whether they are in work.

But Mr Bailey today said the idea needed to take “the human condition” into account.

He told the London Assembly’s Economy Committee: “I’ve been a youth worker for over 20 years. I know some people would absolutely fly if you gave them a lump sum to deal with every week.

“I know some people who would buy lots of drugs.

Mr Bailey also questioned whether it could “drive prices up for basic goods when we know people could just buy them because the money’s there”.

He added he was “concerned about work incentive” and a UBI was not clearly defined.

Simon Duffy, founder of the Centre for Welfare Reform think tank, told Mr Bailey it was an “extraordinary claim”.

He hit back in the hearing: “I’m sure the people spending most of the money are not the poor – they’re the well-off. It’s your City traders and their cocaine habits. Where’s the love for them?”

He added: “He has proven once again that he does not share London’s values.

“The only people with problems dealing with ‘lump sums’ are Tory Ministers handing out government contracts to their cronies and spending £30 of taxpayers’ money on food parcels worth a fiver.”

Mr Bailey will face Labour incumbent Sadiq Khan on May 6 in a bid to win the biggest personal mandate in British politics.

He was discussing a motion from Lib Dem Assembly member Caroline Pidgeon and Green Sian Berry.

They have called on Labour’s Mr Khan to write to the government calling for a “fully evaluated basic income pilot” in the capital, and to work with councils to “test” the idea.

Ms Berry says her motion has been “kicked into the long grass” repeatedly and it has not yet reached a final vote.

Mr Khan said last year Britain should “explore ideas like a universal basic income, which is gaining support around the world and would ensure everybody can at least survive.”

Ms Berry said: “Of course the conservatives on the Assembly are against even a trial of UBI, and using the same tired, false arguments they use to drive down any social support and welfare payments and force austerity on us – the same policies that are still decimating our cervices and communities after more than a decade.

“We are asking for a trial of basic income to see how it could work – there’s a pilot scheme ready to go in Brixton of microbusinesses who could do with a boost – Shaun should try listening to the Londoners he claims to represent instead of trotting out insulting cliches about poorer people.”

A spokesman for Mr Bailey’s campaign said: “Shaun Bailey has over twenty years of experience as a youth worker. He’s been homeless and he’s been out of work. So Shaun won’t take any lectures from career politicians on what life is like for those struggling to get on.

“Instead of scoring political points, Shaun Bailey is focused on building a city where every resident in every community can thrive — and he’s using his two decades of experience as a youth worker to deliver a fresh start for London.” 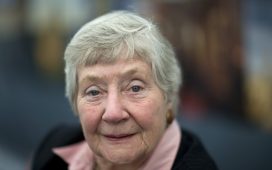 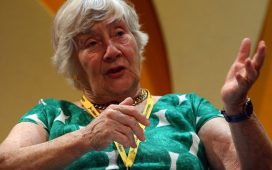 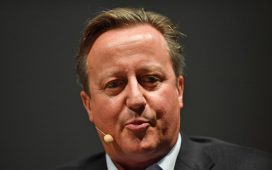