Parents face week of uncertainty over school reopenings in England


Parents face more disruption and uncertainty as local authorities across the country scramble to delay schools reopening in the face of rising coronavirus infection rates and the UK prime minister, Boris Johnson, admitted that more could be shut in the coming weeks.

On the day before millions of children were set to return to their classrooms, Essex council said it would unilaterally close schools to most pupils until at least Wednesday and Kent county council joined England’s largest education authority in Birmingham in asking the education secretary to allow primaries to stay closed. They said the argument for reopening amid high infection rates “does not stack up”.

Education bosses in Newcastle, Gateshead and Manchester also said they would support primary schools that decide not to fully reopen. Some primary schools in Slough have confirmed they will not reopen this week and Brighton and Hove city council has advised primary schools not to return in person, except for vulnerable or key workers’ children.

The moves came as Labour called for a national lockdown within 24 hours, warning the virus was “out of control”. While stopping short of calling for all schools to close, the party’s leader Kier Starmer, said it was “inevitable” more would need to do so.

His comments came after Johnson warned lockdown rules were “about to get tougher” and acknowledged that school closures could be part of measures to quell infections, as official figures showed another 54,990 laboratory-confirmed cases of coronavirus in the UK and a further 454 deaths.

But the prime minister also urged parents to send their children to primary schools this week saying: “I understand people’s anxieties but there is no doubt in my mind that schools are safe and that education is a priority.”

Primary schoolchildren were due to return to classrooms starting on Monday in all but 60 high-infection “contingency” areas, which include all of London and large areas of Essex and Kent, as well as parts of East Sussex, Buckinghamshire and Hertfordshire.

Secondary schools are due to stay closed this week to all but vulnerable children and those with parents who are key workers. They will only reopen next week for pupils in years 11 and 13 facing GCSE and A-level exams. They are expected to reopen more fully from 18 January.

However, Gavin Williamson, the education secretary, said on Sunday that reopenings would only happen “in areas where we have not had to apply the contingency framework”, opening the door for secondary schools in more hard-hit areas to remain shut to the majority of pupils into the second half of January.

The Department for Education is making preparations for more remote learning and said it expects to deliver over 50,000 laptops and tablets to schools on Monday and over 100,000 in total during the first week of term.

A DfE spokesperson said: “Children’s education has consistently been a national priority, which is why we want classrooms to reopen wherever possible in the new term. Schools will continue to implement appropriate safety measures to help mitigate the risk of transmission. As we’ve said, we will move to remote education as a last resort, with involvement of public health officials, in areas where infection and pressures on the NHS are highest.”

The government was criticised for failing to deliver on a promise to deliver laptops to disadvantaged children in the first lockdown.

Councillor Garry Bridges, in charge of education at Manchester city council stressed “the best place for children is to be in school”, but said the current strategy of closing schools only in the south showed “a London-centred focus”.

“We are not giving blanket advice to schools to remain closed currently but will work with individual schools to make the right decision for their circumstances and support them in any way we can,” he said.

Andy Burnham, the mayor of Greater Manchester, urged the government to allow “local flexibility” in deciding which schools to open to most pupils and to “let headteachers come to a balanced judgment based on what’s happening”.

Ian Ward, the leader of Birmingham council, and Jayne Francis, the council member for education told Williamson in a letter: “The new strain of the virus and the rising case levels in the city mean we are deeply concerned about the return of children to primary schools, special schools and alternative provision next week.”

“This is disappointing news and I feel that this is the wrong decision for Cumbria and for our families and communities,” said Stewart Young, the council leader.

The uncertainty over school openings has been fuelled by starkly competing interests. The Children’s Commissioner for England, Anne Longfield, on Sunday issued a warning about children’s mental health and said new school closures marked “a serious moment for children”. She said any closures must be for “the absolute minimum of time” and called for teachers to be vaccinated “as a priority”.

However, on 22 December the government’s Scientific Advisory Group for Emergencies (Sage) group concluded “R [the reproduction rate for the virus] would be lower with schools closed”. It said the biggest effect would be if secondary schools were shut. The Independent Sage group of experts last week called for the closure of schools for at least a month for most children.

All four of England’s main teaching unions, including the National Education Union (NEU), the Association of School and College Leaders and the National Association of Head Teachers, have called for schools to remain closed to all but eligible pupils. The move is also backed by Unison and GMB, representing the majority of other school staff.

“It is not good enough to always be behind the curve, playing catch up with new strains of Covid, seeing hospital admissions rise and cases numbers spiral out of control,” said Kevin Courtney, the joint general secretary of the NEU.

The government has also been called upon to urgently rethink its approach to exams. Speaking on Sunday, Johnson suggested for the first time that A-levels and GCSEs may not take place in England this summer, telling Marr: “We’ve got to be realistic about the pace of which this new variant has spread … and we’ve got to be humble in the face of this virus.”

Malware reportedly found on laptops given to children in England 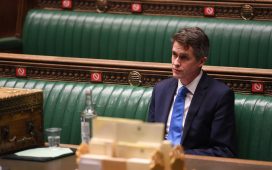 Pupils could take exams earlier and apply to university after results, under government plans 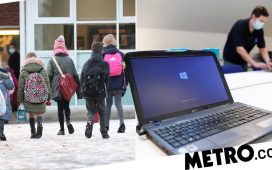 Russia-linked viruses found on school laptops handed out by Government 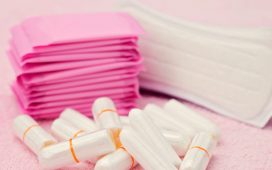