Local councillors have defied months of campaigning, protests and thousands of objection letters to approve plans for an office block and shopping complex on Brick Lane, the London district at the heart of the UK’s Bangladeshi diaspora.

According to the plan, approved on Tuesday night, the historic Old Truman Brewery buildings, currently home to hundreds of small businesses, are to become the basis for a new “office-led mixed-use development containing retail and restaurants”.

Critics of the scheme say it would place a “multi-storey shopping mall” in the heart of the Bangladeshi community in Britain. “Local businesses and people will be driven out through rising rents,” said Apsana Begum, Labour MP for the neighbouring Poplar and Limehouse constituency.

But supporters insist developers have given Tower Hamlets council assurances that small businesses will not be priced out. They say any increased footfall it brings to the area will benefit neighbouring independent businesses.

Since ceasing beer production 25 years ago, the Old Truman Brewery has become a creative and cultural hub used by 300 mainly small businesses, including 205 so-called microbusinesses. It has been run by the Zeloof Partnership, which charged low rents that, while reflecting the basic character of the site, allowed small traders to get a foothold.

According to a planning document, 102 of the 103 retail businesses, and all 16 of the food and drinks businesses, at the brewery are independent. The site also includes 20 event spaces, five workshops and 225 market stall pitches, and hosts 160 workspace businesses, mainly in the creative industry.

But now Zeloof wants to raze part of the site, and reconfigure and extend others, building a five-storey office block and digging out a two-storey basement. Zeloof says it will continue to keep rents low, but has only committed to discounting 10% of business units, and to set aside three retail spaces to independents – with no discount.

Heloise Palin of the Spitalfields Trust said the plan was the latest in a series of redevelopments in the area that had given people a sense of the “City moving eastwards”.

“There is a resonance here with ‘affordable’ housing, as opposed to social housing, where the discount on market price is often not enough to make the ‘affordable’ units actually affordable to local people,” it said in a document filed with the council.

Nijjor Manush, a Bengali and Bangladeshi campaigning group, collected hundreds of signatures from local residents and traders and helped to orchestrate more than 7,300 letters of objection, said its co-founder, Fatima Rajina. There were 82 letters in support of the plan.

Despite that, on Tuesday, councillors passed the application by two votes to one. “It showcases that they are really not interested in what the residents have to say,” Rajina said.

Kevin Brady, one of the Labour councillors who approved the application, said his role was restricted to deciding whether it complied with council planning policy. “It was clear that this did and therefore there are no grounds for refusal,” Brady said in a statement posted on Twitter.

“I appreciate there are a large number of people opposed but that is not, in itself, a material planning consideration,” he said, before turning off comments on his post. 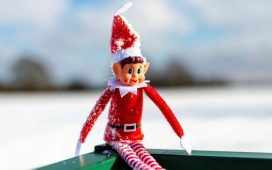 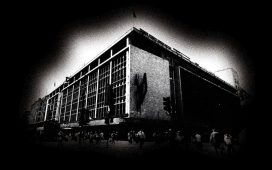 Inside the John Lewis nightmare