Visiting the Barbican estate in London is like entering a slightly different version of reality. Few places open to the general public feel as hermetic as the estate created by architects Chamberlin, Powell and Bon. If you visit to mark the Barbican Centre’s 40th anniversary next month, make sure you take it all in.

Singular vision is also celebrated in Helsinki this month with an art show celebrating modern Finnish female artists. These remarkable women helped change European art in the early 20th century, and deserve more recognition. Read this month’s news to find out more about them.

For more news on architecture, sustainable living, art, fashion and new ideas, sign up for our monthly newsletter here

The shortlist for the Brookfield Properties Craft Award has been revealed. The final winner will be announced during the Collect Craft Fair in London at the end of February. The five artists shortlisted for the prize have been judged to have made a significant contribution to contemporary craft and making in the UK. They stand to win £60,000, have a solo British show in summer 2022 and one of their works will be purchased for the UK’s Crafts Council’s prestigious collection.

From the shortlist, Anthony Amoako-Attah and Dawn Bendick both work with glass, though Amoako-Attah uses powered glass to produce pieces that look like fabric and Bendick’s dichroic glass sculptures play with light and colour. Two other finalists work with textiles. Cecilia Charlton’s embroideries are inspired by feminism, the history of textiles and time; Christian Ovonlen’s silk hangings reference Ballets Russes and theatre productions from the 19th and 20th century. The remaining finalist is Irina Razumovskaya, a Russian-Israeli ceramic sculptor whose architectural works have an innovative, glazed finish.

Self-taught Ghanian artist Amoako-Attah had a particularly charming response to the news he’d been shortlisted. “To win this award would be a massive step in my life, as my source of happiness is making work in the studio. Being part of the shortlist signals that the future is bright when determination, love, dedication, and creativity fuel our dreams.”

The winner will be announced on 24 February at Somerset House, London, the venue for the Crafts Council’s Collect 2022 art fair

Most of us appreciate the appeal of a vintage pair of jeans. Now, thanks to Levi’s, second-hand takes on a new meaning as the American denim giant launches a new version of its most iconic product, 501 jeans, made with organic cotton and ‘post-consumer, recycled denim.

The new circular 501s build on a 2020 collaboration with Renewcell, a Swedish textile recycling company. The jeans use a mix of Renewcell sustainably sourced viscose made in part from recycled denim and organic cotton. This combination means the jeans’ production uses fewer natural resources and fewer chemicals. “We’re hoping to show ourselves and the industry that we can deliver more sustainable product that looks great, and meets the highest quality standards,” says Paul Dillinger, Levi’s VP of design innovation.

Each year fashion brands manufacture approximately six billion pairs of jeans at enormous cost the planet, using millions of gallons of water, creating chemical waste and chucking greenhouse gasses into the environment. A new line of circular 501s isn’t going to reverse that. But leading by example can help. As more household brands take the environment seriously, buying brand new will become one thing every fashion brand fears. Unfashionable.

Finland has been named the happiest place in the world four years running, and the second best place in the world to be a woman. The country has long been a trailblazer in gender parity and women’s rights, and a new art show at Anteneum, the national gallery in Helsinki, looks at the impact this has had on Finland’s female artists.

The Modern Woman looks at the work of 12 Finnish female artists from around the turn of the 20th century. Finland was one of the first countries to give women the right to vote, back in 1906. These women could enrol in art school, travel independently. They still encountered the sexism endured by women, but with better opportunities to focus on their careers.

The show includes work by Ellen Thesleff who cofounded Finland’s Septem group in 1909. This association of French-influenced artists advocated the use of pure colours and introduced Impressionism to Finland. There are also bronze sculptures by Hilda Flodin on show. She trained as Rodin’s assistant and was one of Finland’s first and finest etchers.

Living in a time when women were fighting for emancipation, these artists often chose women as subjects in their art. Helene Schjerfbeck is renowned for self-portraits but other modern women are also commemorated throughout this show.

The Modern Woman gives a unique insight into the work and lives of these exceptional artists. Talented women who, like so many in the history of art, haven’t received the recognition they deserve.

Tiles get a fashion makeover

Greek fashion designer Mary Katrantzou is best known for her kaleidoscopic bejewelled print dresses, fabulously OTT creations that have been worn by Beyoncé and Adele among others.

On first appearances, then, her latest collaboration may seem like a curveball. She’s designed a collection of bathroom tiles. The line, in partnership with venerable ceramicists Villeroy & Boch, features butterflies and elements of postage stamp design and is intended to bring “the natural world into the living environment”.

In fact Katrantzou has form with designs for the home. Her mother was an interior designer and, before transferring to Central Saint Martins to get her degree in fashion, she studied architecture at the Rhode Island School of Design. Her dresses have previously taken inspiration from the Bauhaus movement, Olivetti typewriters and Minoan artifacts. In 2019 she launched a range of rugs.

“This collection allowed me to look at patterns outside the female figures and be guided instead by the power of interiors,” Katrantzou says of the tile collection, named ‘Victorian’ after the era that inspired them.

Each colourful butterfly design is offset with gold, black or perforated boarders, while the tiles can be set either straight-on or at a 45-degree angle. Or, presumably, fashioned into a catwalk if you wanted to complete the connection.

Tiles are available to order from March at Villeroy & Boch

For regular news on architecture, design and sustainable living, sign up for the Design Review newsletter

The Barbican estate was conceived as part of a utopian vision to revive east London after it was destroyed in air raids during the second world war and the Barbican Centre – a Brutalist masterpiece which took over a decade to complete – was declared ‘one of the modern wonders of the world’ by the Queen when she opened it in 1982. The arts centre has become an institution – a resource for local communities and an inspiration for artists. The Barbican Centre marks its 40th anniversary next month.

Planned events include performances by the Barbican’s resident orchestra, the London Symphony Orchestra. There’ll be a major new exhibition Postwar Modern: New Art in Britain 1945-1965, reassessing art produced in Britain during the 20 years after the war. The nearby Bishopsgate Institute will take over The Curve gallery with a show of 40 key moments in the LGBTQ+ history of London. Bishopsgate holds one of the most extensive collections of LGBTQ+ history, memorabilia and culture in the UK.

“To mark our 40th birthday, we have an exciting programme that offers something for everyone,” says Will Gompertz, the artistic director of Barbican. “As we look ahead, with a new artistic vision, our ambition is to ensure that we continue to be an international beacon for the arts where everyone feels welcome.”

May design news: self-shaping furniture and the hemp revival 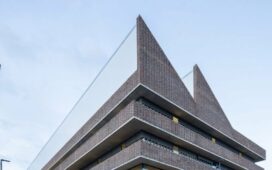 ‘It’s so joyful and full of promise’: a modernism exhibition aims for hope

They say it’s your birthday: Paul McCartney and me – in pictures 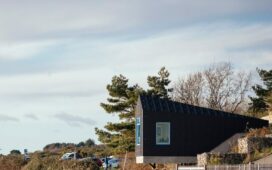 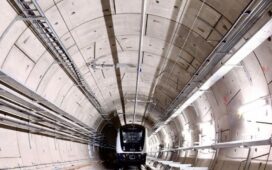 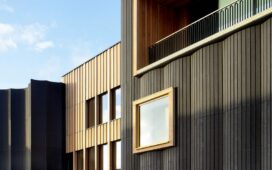