Hugh Broughton Architects and Pearce+ are creating Martian House, an inflatable building in Bristol, England, that will explore what an extraterrestrial house for life on Mars could look like.

The house,  a collaboration with local artists as part of the ongoing art project Building a Martian House, is set over two levels, with the lower level designed to be built below the ground of the red planet.

The upper level will be made from a gold inflatable formwork, which is being developed by specialists Inflate.

On Mars it would be filled with regolith – Martian soil and rock – to reduce “cosmic and galactic radiation” although the team will have to settle for more terrestrial materials in Bristol.

“Inflate are still developing the designs, but it will likely be a ripstop nylon fabric with a gold coating externally,” architects Hugh Broughton and Owen Pearce told Dezeen.

“The gold is important for dissipating heat into the thinner atmosphere on Mars. For future use on Mars, a new polymer might need to be developed that is light enough to be transported to the red planet.”

“The regolith within is set using biological solidification – the regolith becomes bonded using microbes and forms essentially Martian concrete. The inflatable formwork remains as a seal and final surface.”

Although it will be displayed above ground, Martian House’s lower level will be designed to be fully buried to maximise protection, and would likely be made of reused rocket components.

“On Mars, it would occupy one of the maze of lava tubes which run beneath the Martian surface,” the architects explained.

“The life support systems would be reused from spacecraft manufactured on Earth to ensure quality control.”

Inside, the architects envisioned the house would feature a hydroponic living room filled with decorative plants that could feed into a circular wastewater system that is currently being developed with Hydrock.

Hugo Broughton Architects is used to creating designs for challenging environments, as it has previously worked on projects including a research station in Antarctica, and both it and Pearce+ have experience of designing for space.

“Whether working on these extraterrestrial projects or in the polar regions, there are are many similarities in approach,” said the designers.

“We need to make ergonomic space in the least volume possible; minimise the impact on the environment through the application of technology to reduce waste, energy consumption and water demand; protect the crew from the hostile external environment, whether that’s wind-driven ice or solar radiation, and consider the well-being of the crew, isolated from home for many months, even years, at a time,” they added. 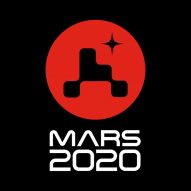 Martian House, which will be installed in Bristol for five months in 2022, was conceived by local artists Ella Good and Nicki Kent.

They have brought together experts, including scientists and engineers, as well as the general public to create new visions for life on Earth and on Mars.

IKEA also looked at living conditions on Mars when it redesigned the living pod on the Mars Desert Research Station in Utah, US, while BIG is working with NASA to develop 3D-printed buildings for the moon.

Martian House will be on show outside the M Shed museum in Bristol from April 2022 to August 2022. See Dezeen Events Guide for an up-to-date list of architecture and design events taking place around the world.

Shakespeare and Company bookshop in Paris appeals for help – in pictures

Culture to cheer you up during the second lockdown: part one

Do go back to Dalston: Ridley Road market's black heritage – in pictures

Prints for Nature: buy a photo to help protect people and wildlife

From circular rainbows to cloud streets: Bureau of Meteorology 2021 calendar – in pictures