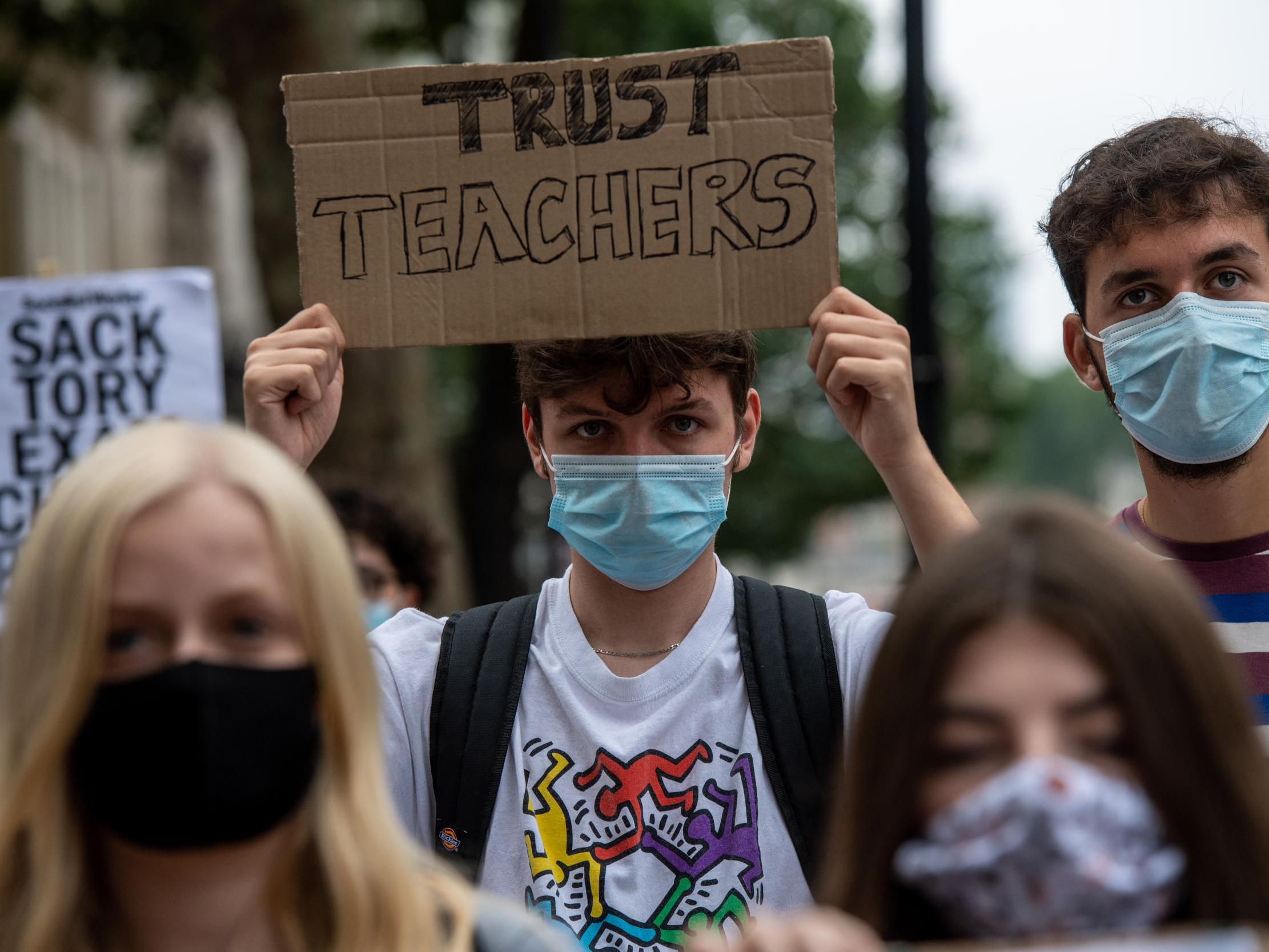 Oversubscribed sixth-form colleges face a similar “scramble” for places as universities when better-than expected GCSE results are released on Thursday, following a government U-turn on how results are processed.

One London college warned students would have to be admitted on a first-come first-serve basis, as they predict more people will make their grades than usual.

Nearly 40 per cent of grades were lowered in the moderation, which critics said hit poorer pupils the hardest.

Gavin Williamson, the education secretary, has since apologised for the “distress” caused by the abandoned policy which was intended to give fair results to pupils, who could not sit exams because of the coronavirus crisis.

After A-level students were able to apply for university courses with their teacher-predicted grades instead, some universities said they would have to defer places – especially for certain courses, such as medicine – amid an influx of students meeting their offers.

Sixth-form colleges will also likely see more demand from students due to higher GCSE grades than usual, according to the Sixth Form Colleges Association.

“In many respects, the immediate challenges faced by sixth form colleges mirror those faced by universities – increased demand for places combined with pressure on space because of Covid restrictions,” James Kewin, the deputy chief executive, told The Independent.

“We’re likely to see a scramble for sixth form and college places tomorrow due to higher pass rates meaning deserving students could miss out,” Laura Rettie from Studee, an educational consultancy, said.

While for many colleges with lenient entry requirements this may mean business as usual, more selective sixth form colleges may see more students meeting their requirements.

The London Academy of Excellence said it will operate on a “first-come” basis this year. The sixth form in Stratford said they expect GCSEs based on teacher predictions will mean more students would meet their entry and subject requirements than normally would, and therefore “more competition” for places.

“Whilst we will do all that we can to honour the offers of those who meet the conditions, we have a finite number of places on each course and in the school as a whole, so unfortunately cannot guarantee places for those who meet their offers,” the sixth form said in a notice on its website.

A spokesperson for the Association for School and College Leaders (ASCL) said it may be “too early” to tell what the impact of higher GCSE grades on colleges’ capacity to take in eligible students.

However, the organisation said they expect an “upward trend” in results, which could have other implications as students could apply for courses with higher entry requirements that they would not have made otherwise.

“That could necessitate increasing class sizes in some courses and there may be pressure on the space that is available in some institutions,” Geoff Barton, the general secretary, said.

“We will watch closely how this unfolds and work with our members and the government to ensure the needs of students are met.”

A Department for Education spokesperson said that: “Sixth form colleges have access to capital funding through the Condition Improvement Fund. The government has provided an additional £560 million in 2020-21 to help boost the condition of school and sixth form college buildings, on top of over £1.4bn already allocated this year.”