Some of the world’s biggest energy and engineering companies have joined forces to call for as much as $3tn of investment into long duration energy storage to give the global power system the flexibility necessary to achieve net zero emissions by 2040.

The Long Duration Energy Storage Council was formed on Thursday with 25 members including Bill Gates’ Breakthrough Energy Ventures, BP and Siemens Energy. It forecasts that 1.5-2.5 terawatts of capacity, capable of storing about 10 per cent of global electricity demand, could be installed by 2040.

Supporters say long duration energy storage or LDES — defined as systems capable of storing energy for more than eight hours — will be pivotal as the world replaces fossil fuels with less predictable wind and solar power.

“This area of long duration storage is the next topic that people really need to grasp to achieve this net zero future,” Phil Caldwell, chief executive of UK-listed Ceres Power and a founding member of the council, told the Financial Times.

Oil and gas-fired power stations can be turned up or down to respond to peaks and troughs in electricity demand. Wind and solar power, however, depend on daylight and weather conditions, meaning cost effective systems to store renewable energy will be needed to balance demand on the future grid.

According to the LDES Council, about $3bn has been invested in storage technology providers in the past five years. But at least 1 terawatt hour of long duration storage is required by 2025 at a cost of $50bn if the global power sector is to be on course to decarbonise by 2040, it said.

The main source of long duration energy storage today is pumped hydro, where water is pushed from a lower elevation reservoir to a higher elevation and then released, generating clean power when it is needed.

Other technologies under different stages of development by the group’s members include electrochemical flow and hybrid batteries and thermal processes where materials such as molten salt are heated. Ceres is developing a chemical system that would store power in the form of hydrogen.

“This council is technology-agnostic,” said Caldwell. “There is not one single solution to this but energy storage, in whatever form that takes, is going to be needed.”

The carbon impact of widespread storage solutions would be significant. Displacing the fossil fuels currently used to balance demand with 85-140 terawatt hours of stored renewable power by 2040 would eliminate up to 2.3 gigatonnes of carbon dioxide emissions a year, equivalent to 15 per cent of the power sector’s current total emissions, the LDES Council said.

In addition to sharing ideas between members, the group aims to provide guidance to governments and grid operators on the deployment of specific energy storage solutions for specific applications. Other members include US utility the New York Power Authority, mining group Rio Tinto and industrial services company Baker Hughes.

“There is a huge opportunity to reduce the cost of the transition, [because] if you don’t go for this class of technologies all other solutions are much more expensive,” said Mark Selby, chief technology officer at Ceres, which aims to demonstrate its first large-scale hydrogen system in the next 12 months.

“Energy storage as a solution to climate change and the hard bit of climate change when you get to those very high penetrations of renewable, is almost the forgotten solution,” he said. 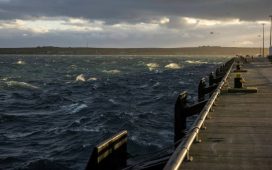