One of John Ruskin’s many achievements was single-handedly creating a modern academic industry with the ambiguous way he described his unconsummated marriage to his young Scottish bride Euphemia “Effie” Gray. In the course of legal correspondence connected to their divorce, the great Victorian critic claimed there were “circumstances in her person” which disgusted him. Did that mean her pubic hair? Was he just reacting hysterically to her general nakedness? Was she eating chips in bed?

Either way, Ruskin launched a million PhDs on Victorian sexuality, and now Emma Thompson has written an unexpectedly entertaining movie about this marital disaster and Gray’s subsequent romance with the painter John Everett Millais. It’s a little hammy and soapy, with an occasional Pythonesque sense of its own importance but this film, directed by Richard Laxton, is performed with gusto. As Effie herself, Dakota Fanning carries off the role competently, though with the American actor’s habit of playing British accents too slowly. Greg Wise does a good villainous turn as the obnoxious Ruskin: an obtuse and petulant Casaubon creep with a possible abuser’s taste for the green and unripe flesh. Julie Walters steals every scene as Ruskin’s overbearing mother, who turns Effie’s early married life into a grisly Rebecca nightmare.

Effie Gray is re-released on 19 April on digital platforms.

The big picture: in celebration of youthful freedom 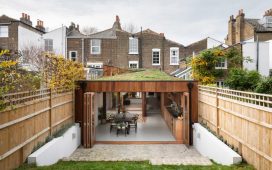