America is waiting on a verdict in the closely watched murder trial of Derek Chauvin in Minnesota, which has focused on the former Minneapolis police officer’s use of “prone restraint” that prosecutors say contributed to the death of George Floyd.

The manner of Floyd’s death led to a national reckoning on police brutality and racism, but it has also highlighted how the practice of restraining children remains commonplace in Minnesota schools, and in other districts across the country.

State policymakers have worked for years to reduce the prevalence of “physical holds” in Minnesota schools – including introducing a 2015 ban on using the face-to-the-ground “prone restraint” on children with disabilities. But educators still use physical restraints thousands of times each year to subdue students, state and federal data shows.

Such restraints can come with devastating consequences for children including injury and, in rare cases, death.

“We know it’s happening, we know it’s happening more than we’re aware of, and we know that children are dying as well,” said Lauren Morando Rhim, co-founder and executive director of the Center for Learner Equity, a national non-profit focused on improving educational outcomes for children with disabilities.

Pending state and federal legislation would place new restrictions on schools’ ability to restrain students, including a Minnesota provision that would explicitly prohibit school-based police from placing any student in a “prone restraint”, a change officials said was a direct response to Floyd’s death.

While some education leaders have long held that physical restraint is necessary in dire emergency situations, critics say the practice is used as a routine discipline tool, especially against Black children, and have called for a complete ban.

“Restraint is a problem across the board and we shouldn’t be surprised that we’re seeing it in schools if we’re seeing it among trained police officers that are not able to de-escalate [situations] and they end up restraining and killing people,” said Morando Rhim.

More than 2,800 students were subjected to in excess of 12,600 instances of physical restraint during the 2019-20 school year, according to a recent Minnesota department of education report. That’s a 25% drop from the year prior, which state education officials believe was due in large part to campus closures during the Covid-19 pandemic. But they also attribute the drop to recent statewide efforts to train educators on how to de-escalate conflicts using preventive techniques, like positive behavioral interventions.

Still, the use of restraint remains far too common in Minnesota schools, said Daron Korte, the state assistant commissioner of education who oversees the office of student support services.

“Schools don’t want their staff using restrictive procedures” like physical restraint that could open them up to legal liability if a student or teacher gets injured, Korte said. But as state officials urge districts to reduce their use of restraint, he said it was critical that they were given other tools to manage student behaviors.

Mirroring national trends, students of color, and Black boys in particular, are disproportionately subjected to restraint in Minnesota schools, according to state data. White students represent 63% of the special education population and 52%t of those restrained, while 11.8% of special education students are Black but they account for 27% of those subjected to physical holds.

“The level of comfort that we have systematically with restraining and discriminating against Black boys, in particular, is a symptom of a huge problem,” she said.

Minnesota schools are currently only required to report to state officials their use of restraint on children with disabilities, but federal education data, which includes all students, highlights how children in special education are disproportionately subjected to physical holds.

Minnesota, along with Texas and a cluster of midwestern states, including Illinois and Iowa, were among the most frequent users of the practice, according to a 2019 analysis by ProPublica and the Chicago Tribune.

The data, which is self-reported by local school districts to federal education officials, is probably a significant undercount. A 2020 report by the US Government Accountability Office, a nonpartisan watchdog agency, found that the Department of Education’s quality control procedures for data collection are “largely ineffective or do not exist”.

Minnesota state data shows that 781 educators and 153 students sustained injuries last year as a direct result of the use of physical holds. Those figures, like student restraint data more broadly, are probably a significant undercount, said Sandy Lewandowski, the superintendent at Intermediate District 287 in suburban Minneapolis.

The district, a cooperative of 11 school systems that serves some of the region’s most at-risk students, including those entangled in the juvenile justice system, has worked for years to reform its school discipline practices, including a 2017 decision to remove school-based police from its buildings. And while Lewandowski said that physical restraint is only used as a last resort, it remains common practice. Last school year, which was interrupted by the pandemic, the district reported 991 student restraints, down from 1,179 in 2018-19 when students were in school for the full year.

In many instances, educators use physical restraints to prevent students from harming themselves, Lewandowski said. The district cited one recent example where an elementary school student was restrained after punching a campus wall near an electrical outlet in an effort to electrocute himself.

In some cases, students have died as a result of being physically restrained. In one instance in 2018, a 13-year-old boy with autism died after a teacher subjected him to a face-down prone restraint for an hour and 45 minutes at his now-defunct California school. The campus was shuttered after the incident and three school officials, including the teacher, were charged with felony involuntary manslaughter.

In 2012, non-binding guidance from the US Department of Education urged districts to refrain from using physical holds unless a student was in imminent danger of harming themself or others while noting that “there is no evidence that using restraint or seclusion is effective in reducing the occurrence of the problem behaviors that frequently precipitate the use of such tactics.”

Prone restraints and other moves that “restrict breathing should never be used”, due to the risk of injury and death, it added.

That same year, a Minnesota department of education report noted concerns that “it is only a matter of time before a Minnesota child is seriously injured or killed while in prone restraint.”

Currently, Minnesota state laws on student restraint center on children with disabilities and “are silent” about the general student population, said Korte. But pending state legislation, part of which is a direct response to Floyd’s death, would extend the requirements, including data reporting protocols, to cover all students. It also clarifies that school-based police are prohibited from using prone restraints in schools and would prohibit all physical holds on children under the age of five.

Chris Williams, spokesman for the state teachers union, Education Minnesota, said in a statement that the group was concerned about “the ongoing racial disparities that we know exist in the use of restrictive procedures”, and supports rules that prohibit prone restraint in classrooms. He said the union was lobbying the legislature for more funding that would allow schools to “train all educators, not just special education educators, on the dangers and harms” of improper student restraints and how to use alternatives, like restorative justice.

Meanwhile in Washington DC, pending legislation, the Keeping All Students Safe Act, would prohibit schools from using “prone restraints” and other procedures that could restrict student breathing, and would ban other physical restraints except when necessary to protect students and staff. Officials pointed to an influx of federal education funding because of the pandemic that could be used to reinforce positive behaviors without restraint.

“There have to be consequences,” she said. “We cannot have systems that keep reinforcing that it is OK to kill Black people.”

This report was first published by The 74, a non-profit, non-partisan news site covering education in America 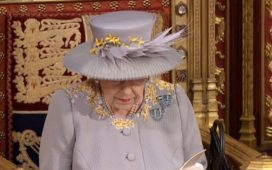 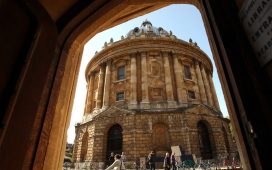