Bars and pubs continue to pose a risk for the spread of Covid despite best efforts to make premises safe, researchers have said.

Hospitality venues were told to shut up shop in March 2020 as the first UK lockdown was announced. As restrictions were eased, however, venues were once again allowed to trade.

But experts say despite efforts to adhere to precautionary measures, hospitality venues remain a risk for the spread of Covid with research carried out in Scotland over the summer revealing problems from crowding to customers singing, and staff failing to effectively intervene.

“These are difficult issues for bars and pubs to hear at this time, andundoubtedly the risks will apply differently in different premises,” said Prof Niamh Fitzgerald, the director of the University of Stirling’s Institute for Social Marketing and Health, who led the research. “But there are very real issues around the social nature of pubs and the alcohol factor that makes them different from other public spaces.”

In Scotland, beer gardens were allowed to open from 6 July while both indoor and outdoor areas of pubs and restaurants were permitted to reopen from 15 July.

However, detailed guidance was issued around particular necessary precautionary measures, such as 1-metre physical distancing accompanied by signage and customers remaining seated, with extra requirements on measures including contact tracing introduced from August after a large Covid outbreak in Aberdeen was traced back to pubs and golf courses.

Writing in the Journal of Studies on Alcohol and Drugs, Fitzgerald and colleagues report how observations were made by pairs of researchers posing as customers in a diverse collection of 29 bars and pubs around Scotland in July and August. At each venue, the researchers spent up to two hours taking stock of the physical setup and behaviour of staff and customers.

Fitzgerald said the team found virtually all of the premises had made changes to how they operated, ranging from moving tables further apart, to implementing one-way systems, using government signage, and introducing hygiene measures such as disposable cutlery.

But the team found common problems, including customers having to pass close by each other in corridors and around the toilets, and less than half of premises offering table service only. There were also more serious problems in a large minority of premises. These included customers moving to join people at other tables, hugging those not in their party, taking selfies with members of staff, and prolonged singing, shouting or playing music.

“In most of those incidents the customers were drunk,” said Fitzgerald, adding in many cases staff failed to take action, or were unsuccessful in doing so.

The team note some of the visits were made in the afternoon, when problems were less common, with Fitzgerald adding the study supports the use of approaches such as curfew, although the timing of closure of off-licences needs to be considered alongside such measures.

Fitzgerald said while at some point pubs will reopen, it might be that more support needs to be given to venues that feel they cannot do so because compliance with guidance would cause customer numbers to plummet. She also said smaller businesses may need greater support in how to comply with, and uphold, guidance.

Emma McClarkin, the chief executive of the British Beer & Pub Association, contested the report’s findings. “The research was conducted from May to August, but pubs only reopened from July and during this time PHE data shows just 4% of Covid incidents were linked to hospitality settings, which included restaurants and cafes, not just pubs,” she said.

“In a sector survey conducted in October last year, just 1% of 22,500 pubs, restaurants and hospitality venues said they had been linked by NHS test and trace to an incidence … As an industry we take our responsibilities incredibly seriously and however small this study sample is, representing less than 0.1% of pubs in the UK, our sector will continue to work together to ensure all pubs follow the correct government guidance and regulations.” 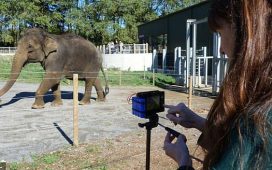 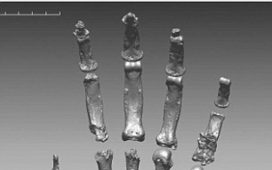 Human ancestors were 'swinging from tree branches like chimps' until at least 4.4 million years ago 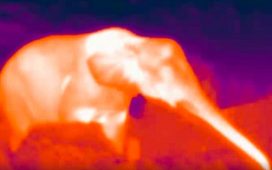