The chief executive of online retailer AO.com has suggested supermarket executives “ask their mum” about whether they should repay nearly £2bn in business rates relief.

Like supermarkets, AO has benefited from lockdown living trends, with UK sales up 54% as Britons kitted out home offices and upgraded their TVs and fridge freezers.

John Roberts said Bolton-based AO had not accepted any government support “whatsoever” during the pandemic, including paying £300,000 in business rates bill it could have waived. He said the health crisis was a societal challenge and “businesses should do their bit. We live by the mantra of ‘if I have to go and explain our actions to my mum over dinner we should be proud of the decisions that we’ve taken’.”

The government introduced a year-long business rates holiday in March to help struggling retailers cope with the lockdown. However, the supermarkets, where sales have boomed albeit alongside higher running costs, have been among the scheme’s big beneficiaries. This has led to fierce criticism of dividend payments made to shareholders by the three listed chains of Tesco, Sainsbury’s and Morrisons.

In total, the big six supermarkets – Tesco, Sainsbury’s, Asda, Morrison, Aldi and Lidl – will save £1.9bn in bills during the tax year to 31 March 2021, according to figures from Altus Group, a property adviser. Roberts declined to comment on whether the money should be returned, but suggested “maybe they should go and ask their mum?”

His comments came as AO said overall sales had increased 53% to £717m in the six months to 30 September. The pre-tax profit of £18.3m compared with last year’s near £6m loss.

With coronavirus restrictions forcing non-essential shops to close more than once AO has benefited from consumers being forced to shop online. That had changed how big domestic appliances, such as fridge freezers and washing machines, would be bought “forever”, says Roberts. -Seventy percent of the market is now online.

The strong trading picture continued in the autumn with shoppers taking advantage of Black Friday deals to buy TVs, wireless headphones and coffee makers. The unusually high levels of demand for appliances coupled with delays at the ports was leading to shortages of products such as printers, washing machines and tumble dryers.

The altered shopping landscape had revived investor interest in AO which floated six years ago. The share price has quadrupled this year with Richard Hunter, head of markets at investment platform Interactive Investor, describing it as “comfortably the best performer in the FTSE350”. Whether the company’s “meteoric” growth could continue, Hunter said, was the big question but the share price had “rewarded shareholders handsomely”. 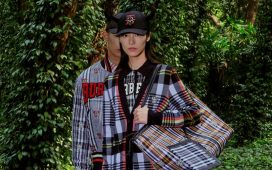 Entain plays a strong hand in a show of far-sightedness