Staples is launching a pilot program to rent podcast studios for an hourly fee at seven Boston stores, part of a larger strategic shift to compete with coworking companies like WeWork

Today, Staples announced a new pilot program that will offer professional podcast studio rentals at seven of its retail locations in the Boston area.

The rentals will cost $60 for a 60 minute session, which includes a 10 minute setup by an in-store professional and a 10 minute breakdown to help prepare the files for editing and uploading.

The studios will be setup for one host and up to three guests, and for an additional charge customers will be able to pay for professional audio editing through Staples’ partner company, We Edit Podcasts. 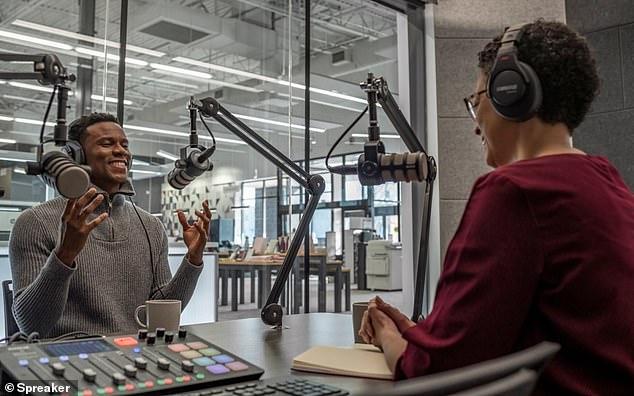 The studios themselves will be built by iHeartRadio, using RØDE microphones, a RØDECaster Pro control board and Shure headphones, according to Endgadget.

The podcasts themselves will be distributed through a separate partnership with Spreaker.

The podcasting initiative is part of Staples Connect, the retailer’s attempt to compete in the coworking and office services business.

READ  'Sonic attack' on US embassy in Havana could have been crickets, say scientists

No longer a simple retailer, the company sees itself as a ‘worklife fulfillment’ brand.

According to Shuba Srinivasan, marketing chair at Boston University’s Questrom School of Business, the move was motivated by an economy that’s driven more and more workers into freelance and contract position. 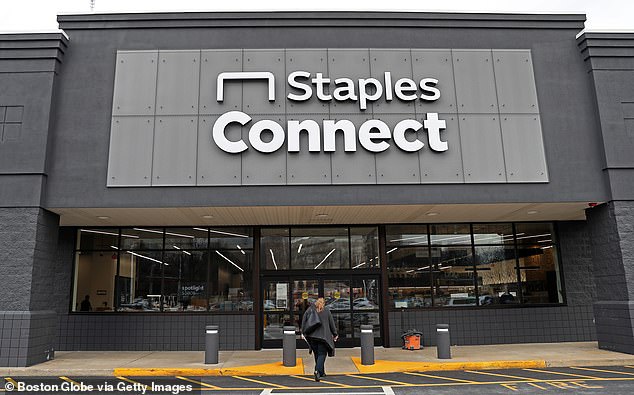 The initiative is part of the company’s new Staples Connect initiative, which has seen a heavy emphasis on professional services, including desk rentals, private office rentals, and more

The company, she told the Boston Globe, wants to remake itself into ‘a place for the millennials and the startup community and entrepreneurs to work, meet, and collaborate, and make it more about the services rather than pushing products.’

In 2016, Staples partnered with Workbar Inc. to convert three of its retail locations into office share spaces.

The company ended the partnership in 2019, but kept the coworking concept and currently offers monthly desk rentals starting at $299, while a private office rental starts at $599. 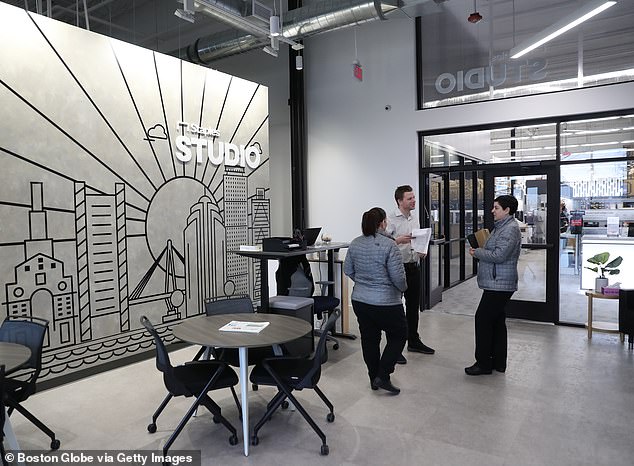 The podcast studio will be available as a free perk for monthly members, as well as free access to conference rooms, and professional services advisers who can answer questions about finance, human resources issues, or legal concerns.

In one location, Staples has converted 50 percent of its available floor space to coworking and shared office services, something that used to take up only 10 percent of the store.

‘It’s not about product anymore,’ Staples’ Michael Motz said. ‘That’s something you can buy anywhere online. It’s about how can we provide solutions for you?’

READ  Can YOU spot the real Shakespeare sonnet? AI learns how write its own poetry

DOES WORKING FROM HOME MAKE YOU MORE PRODUCTIVE?

Employees who work remotely are actually likely to be more productive, according to a recent study led by the University of Cardiff.

Those who work from home put in more hours than if they were in the office, and are more likely to go above and beyond what is required.

There are more than four million people in Britain who spend at least half their time working from home, according to the latest figures. 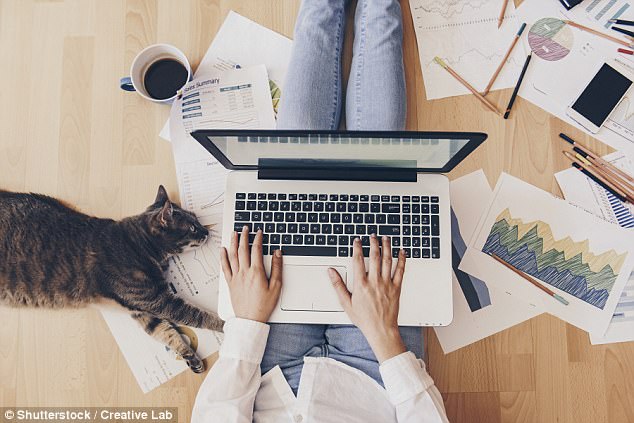 Professor Alan Felstead, the study’s lead author, from Cardiff University’s School of Social Sciences, said: ‘The evidence suggests that remote workers are over-compensating to prove to their colleagues they are not in their pyjamas at home and prove to their employers they are a safe pair of hands willing to go the extra mile in return for the discretion an employer gives them to work at home or in a remote location.’

Have I already had coronavirus? How would I know and what should I do?

Pandemic shaming: is it helping us keep our distance?

'The moment everything changed': Covering Covid-19 from Westminster