PARIS (Reuters) – After his problems in round one Alexander Zverev kept it simple at the French Open on Thursday as he outplayed Swede Mikael Ymer 6-1 6-3 7-6(3).

Zverev surrendered a two-set lead against Australian John Millman in his opening match before scraping through, but avoided any extra legwork this time.

“Today I was swinging at the ball quite nicely and hitting it very aggressively and it was a very good match for me,” the fifth-seeded German whose quarter-final run here last year remains his best Grand Slam result, told reporters.

Former champion Mats Wilander said this week that Zverev needed to know when to raise the tempo and not allow opponents back into matches, a message the 22-year-old is taking on board.

“In important moments I’m finally being very aggressive and stepping up,” he said.

“I think especially against John in the fifth set I stepped up a lot. This is I think what I’m happiest about.”

Next up for Zverev is a third-round clash against tough Serbian Dusan Lajovic. 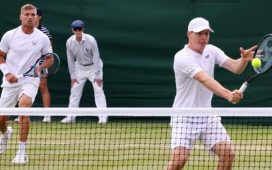 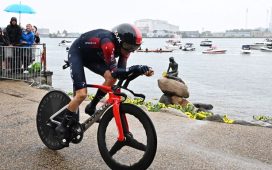