Zoe Kravitz has filed for divorce from her husband of 18 months, Karl Glusman.

The 32-year-old actress – and daughter of rock legend Lenny Kravitz, 56 – was first linked to Karl in 2016 with the pair swapping vows at a romantic ceremony in June 2019.

But now, just months after the pair paid gushing tribute to each other on their one year anniversary, the marriage is said to be all over.

People magazine claims that the X Men: First Class actress filed for divorce from her 32-year-old husband on December 23, 2020.

While the publication also claimed: “A rep for Kravitz confirms the split.”

Zoe and Karl tied-the-knot at a romantic wedding at the home of Zoe’s father in Paris on June 29, 2019, with photos from the big day showing the actress in a stunning sleeveless ivory dress designed by currently under-fire designer Alexander Wang.

The nuptials were attended by Zoe’s father as well as her mother, Lisa Bonet – and step-father Jason Momoa – who all looked on lovingly.

Lisa and Jason’s children, Lola Iolani, 12, and Nakoa-Wolf Manakauapo Namakaeha, 10, also gazed on at the celebrations.

While a star studded guest-list included Eddie Redmayne, Donald Glover, and Alia Shawkat were spotted in crowd shots from the big day – while Cara Delevingne, Ashley Benson, Chris Pine, Annabelle Wallis, and Denzel Washington were all also reported to be in attendance.

Last year, Zoe marked their anniversary by sharing a wedding photo of Karl with his arms around her along with the caption: “One year.”

While Karl shared a tribute of his own via Instagram, writing: ‘“One year. Not the year we expected… but I feel like if we can make it through this, we can take on anything,” he wrote. “I love you. More than anything.”

On Saturday, Zoe may have hinted at the end of her marriage with a string of cryptic social media posts.

She shared a string of photograph’s via Instagram featuring a moody sun-filled sky, a sombre selfie, a plate of food, a cup of juice, and a fireplace – all accompanied with the cation: “new year/ little things”.

While on Instagram Stories she also shared a meme of a drag queen throwing out a bag of trash labeled: “People, places and things that no longer serve my greatest and highest good.” 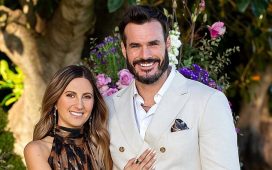 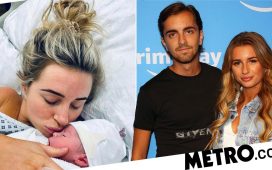 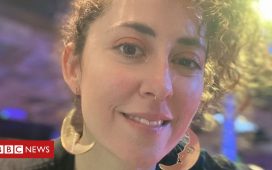 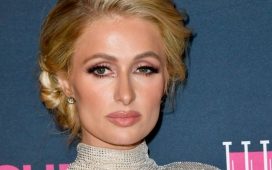