The Sun revealed the ex-beauty queen, 25, was held by police with boyfriend ­Elliott Love for trying to leave Barbados after he tested positive for the coronavirus.

The pair were accused of attempting to flee the Caribbean island when he tested positive for the virus.

Their arrest and alleged attempts to flee have enraged locals who demand they be thrown in jail.

He is aiming to get the support of many people and then will pass the petition on to the island’s Prime Minister Mia Mottley.

The petition reads: “They undermined the huge amount of work that had been done to suppress community transmission and they didn’t just risk the livelihoods of Bajans, they risked their lives.

“If one single person dies as a result of their selfish and cowardly actions, then they should be charged with murder. Either way, we strongly believe they should receive a custodial sentence, either in Barbados or the UK, for wantonly endangering the lives of hundreds of thousands of people.”

People who signed the petition labelled the couple “selfish”.

“I’m tired of tourists coming here and doing as they please. They put thousands of lives at risk with their little stunt. Time for some consequences,” wrote one petition signer.

Another added: “They knowingly endangered a small local island because they didn’t like the bad news received. Rather than staying safe they opted to value themselves as better than the people there.”

And a third said: “These people need a taste of their medicine.”

Zara has tried to smooth things over with the people of Barbados, labelling the incident a “misunderstanding”.

In a statement issued by her rep to website Barbados Today, the Love Island star called the incident a “misunderstanding”.

The couple had been staying at the £300-a-night beachfront Sugar Bay resort.

But Zara was seen “crying and distressed” as she waited for her Covid test results at a quarantine facility at Paragon Military Base on the island.

A source said: “They were ­pacing up and down inside the perimeter.

“Zara spent most of her time crying and was very distressed.

“She provided a second negative result on Thursday and has been allowed to leave.”

Self-employed Elliott, 30, must now stay at the facility for at least ten days and provide two negative tests before he can go.

They face an anxious wait as authorities decide what action to take against them.

The Sun reported on Thursday that ­Elliott tested positive for the virus at the start of a new year holiday.

The pair allegedly cut off their red Covid armbands and caught a cab to the airport to avoid being put in the Harrison’s Point centre.

Police detained the couple — who have visited the island several times before — as they went through airport security. 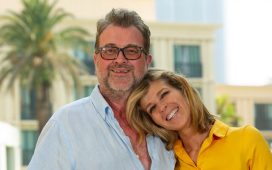 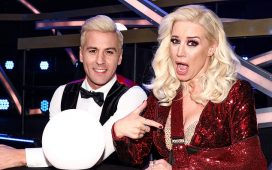 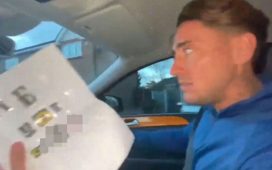 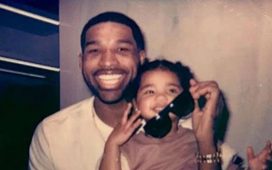