Jeff Wittek doesn’t want you to try this at home.

Last summer, the YouTuber confirmed to his fans that he suffered serious injuries after getting into an accident. While the 30-year-old vlogger has refrained from sharing details about the day, that’s all changing now.

In a new docu-series on YouTube called Don’t Try This At Home, Jeff is revealing new details about what caused damage to his face and skull.

In episode two—titled “How I Broke My Face“—Jeff explained that he was trying to make a funny video with a group of vloggers. At one point, the group decided to place an excavator vehicle in a lake and swing people around from a rope.

According to Jeff, David Dobrik was driving the excavator when it was his turn to participate. What came next was an accident he won’t forget.

“I just jumped out of a plane 20 times. What’s the worst that could happen if I swing from a rope over a one-foot-deep lake?” Jeff explained in the video, released April 21. “And yah, I didn’t know I was going to go that fast so I grabbed the f–king rope and I tried to make a goddamn funny video for people but this is where I made a mistake. I forgot the biggest f–king idiot I know was driving it.” 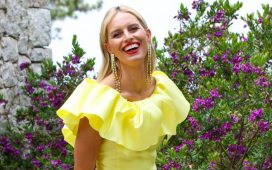 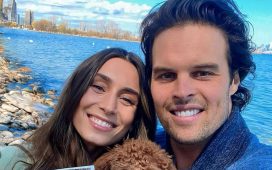