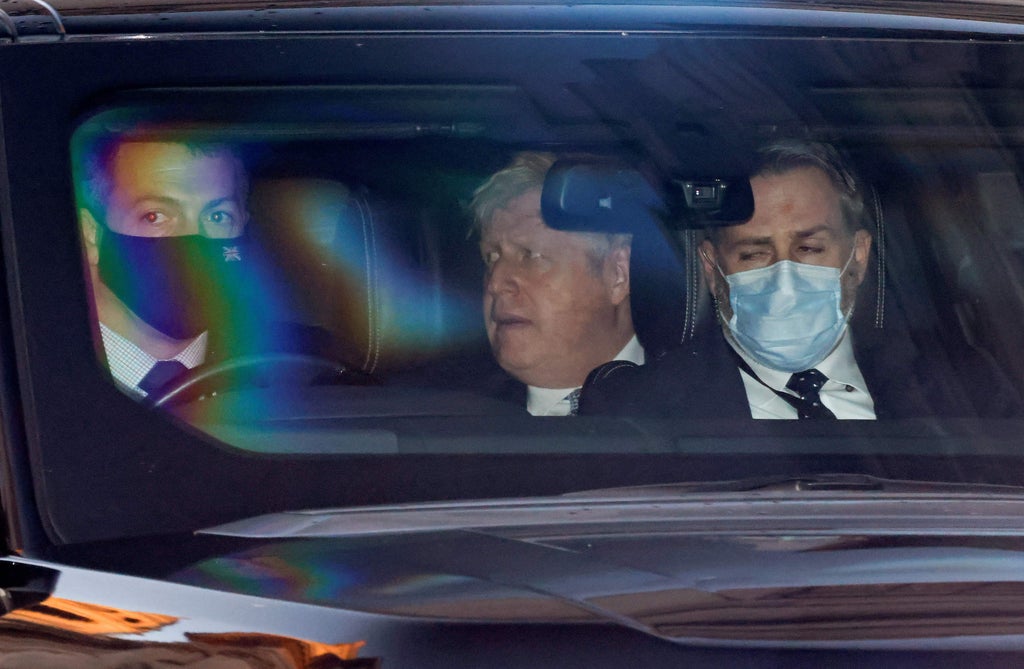 oris Johnson was on Thursday “on notice” that his future as Prime Minister could depend on a senior civil servant’s report into the Partygate scandal, expected within days.

He was warned the “jury is very much out” and that his political fate could be decided by Sue Gray’s report on a series of alleged parties in Downing Street.

Jake Berry, chairman of the Northern Research Group of MPs, came out in defence of the Prime Minister, arguing that there had been a “bit of a turning” in the views of “Red Wall” MPs after Mr Johnson’s apology, but he also made clear that his future could depend on the Gray report.

He told BBC Radio 4’s Today programme: “I know the Prime Minister extremely well, I’m often quite critical of him, but I do think if you look at his demeanour in the House of Commons yesterday, if you look at what he said, it was a very contrite, a very heartfelt apology.

“It was absolutely the right thing to do and to some extent that does enable him to keep leading our country while we wait for Sue Gray’s report.”

Later, he was more effusive in his praise for Mr Johnson, suggesting Ms Gray may find he did not breach Covid rules by going to the May 20 gathering.

Another Tory MP said that Mr Johnson’s premiership was under “very serious threat”. He added: “He is absolutely on notice.”The anger among backbenchers was said to be particularly strong among the 2019 intake.

Veteran Conservative MP Sir Christopher Chope doubted whether the party was currently in a “forgiving mood” although that could change if the Gray report “comes up with something which is supportive of the Prime Minister”. He added on LBC Radio: “In evaluating forgiveness people will be taking into account Boris being a proven electoral winner, he’s obviously a very intelligent man but his weakness has often been that he is lazy and I expect that on this occasion he was rather lazy about thinking what the implications might be.”

Four senior Tories have gone public in calling for Mr Johnson to resign including Scottish leader Mr Ross, Mr Wragg, former minister Caroline Nokes, and ex-leader of the Tories in Scotland Baroness Davidson. As Cabinet ministers launched a co-ordinated public operation to shore up the Prime Minister’s position, Northern Ireland Secretary Brandon Lewis told broadcasters this morning that Mr Johnson did not believe he had broken any rules.

“The Prime Minister has outlined that he doesn’t believe that he has done anything outside the rules. If you look at what the investigation finds, people will be able to take their own view of that at the time,” he told Sky News.

But Mr Johnson told MPs yesterday that he “should have recognised that even if it [the party] could be said technically to fall within the guidance, there would be millions and millions of people who simply would not see it that way.”