Your daily horoscope for November 30


Get ready for the day ahead and read your daily horoscope to find out what the stars have in store for your sign.

Taurus should be careful with their money today, while Leo needs to keep out of the drama. Meanwhile Virgos should make time to celebrate their achievements and get ready for something new.

Read on below for your daily forecast.

With a Lunar Eclipse bringing feelings to the surface that you may want to share, the way you put something across can be important.

With pushy Mars continuing in your sign and the Sun in Sagittarius, you could be at your most honest.

A bill or expense might suddenly emerge and need paying. With a powerful influence across your money axis, you may need to do some negotiating if it’s a large amount.

Also go easy on your spending.

Today’s Lunar Eclipse in your sign could spotlight a relationship issue that has niggled you for some time.

If you feel like talking about it, then Mercury’s tie to Saturn can encourage an in-depth conversation.

Are you taking on too many projects, when deep down you sense that you should be cutting back?

If so, things could come to a head, especially if you are pushing yourself beyond your limits. Perhaps delegate where possible to make life easier.

The Lunar Eclipse in your social zone could catch you unawares. Feelings may be running high and this might encourage a showdown.

But a more serious aspect encourages you to think things through rather than get involved in dramas.

If a goal reaches completion make time to celebrate this accomplishment. This could also be a time to let it go so you can prepare for your next project.

A door may close regarding one ambition but another might be about to open.

Need to change your schedule? Maybe fate is playing its hand and this could lead to a fascinating encounter.

A sobering tie can see you eager to cut household expenses and find a way to make your money go further.

As the Moon opposes the Sun in Sagittarius, the resulting Lunar Eclipse could bring an emotional issue to the fore.

Whatever circumstances seem to arise now might be linked to feelings that are buried in the subconscious.

A potent Lunar Eclipse in your opposite sign of Gemini could highlight differences of opinion.

While the words spoken may convey one thing, the feelings behind them might reveal something deeper.

The days ahead might bring various complications, and with powerful energies on the cards there is a chance of impulsive decisions.

If a job or activity seems to have outgrown its usefulness, you may be ready to drop it.

Feelings could get out of hand as you may be drawn to someone in an intense way, even if this does not make logical sense to you.

While this potential bond might be special, it’s unwise to jump into anything too soon. Take a few steps back.

Today’s lunation may find you dealing with something that leads to positive change. It might not seem like this at first but over time there can be advantages you hadn’t envisaged.

Serious about a bold project? Liaising with friends could be helpful.


MORE : I can’t resist impulsive spending, so Black Friday is a nightmare


MORE : Jupiter and Saturn to form a ‘double planet’ in the sky for the first time since the Middle Ages 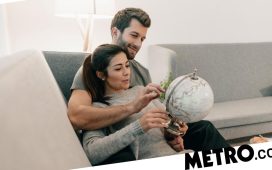 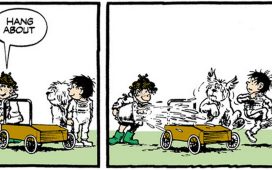