NEWSCABAL > health > Young London SOS: How to tell if your child’s mental health is suffering
health

Young London SOS: How to tell if your child’s mental health is suffering

ill Cotton wonders how much of her daughters’ angst is normal, given the circumstances. Should she be worried that her usually active nine and six-year-old have become lethargic and withdrawn? Is it natural for them to say they’d rather be dead than do home-schooling?

At first, Cotton, a PR manager, thought it was sweet that her eldest, Bella, was playing with make-up over video calls with friends — since the lockdown she had regressed to playing with dolls again. Then Bella said she wanted a big bottom like the curvy women she and her friends were watching on YouTube.

“You try as much as you can as a parent to hide them from the badness of the world,” sighs Cotton, from their home in Kingston, south-west London. “But it’s so hard when [sites like YouTube] are her portal to the outside world.”

She is anxious for her youngest, too. “Edie often says horrible things like ‘Mummy, I feel so sad.’ It’s heartbreaking to hear and sometimes it leaves me wondering: how many times does a child need to say that, and in what way, before I need to start being concerned?”

Cotton’s question is a common one. Since the start of the pandemic, child mental health problems have rocketed, with 64 per cent of children believing that lockdown has damaged their mental health and parents reporting concerning signs, from eating problems to self-harm and panic attacks. As schools prepare for a return, parents are worried about how children will cope.

According to medical journal The Lancet, more than a quarter of children have reported disrupted sleep since lockdown and one in 10 said they often or always felt lonely. But when should parents seek professional help? With half of all mental health conditions starting by 14 and one in five London teachers saying they have “witnessed a student showing suicidal behaviours”, experts warn of a “mental health tsunami” if the effects of the pandemic on younger generations are not taken seriously — a crisis the Evening Standard is tackling through its Young London SOS appeal for Place2Be, the UK’s leading provider of therapeutic counselling in schools.

The Standard’s initiative seeks to provide early intervention by funding counsellors in more London schools, but for many parents, the question is knowing when that intervention is needed. What are the key warning signs? How can you help a child who is suffering? At what point is it sensible to seek professional help?

“My main advice for parents is to trust their intuition,” says Dr Radha Modgil, a GP and mental health campaigner working with Public Health England to support children’s wellbeing. Her mantra is that the right time to ask for help is “when you’re not sure”. Mental health problems are better flagged too early than too late, but there is a checklist of warning signs to look out for.

First, Modgil suggests looking for physical signs in daily functions such as eating and sleeping. Simon*, a father of four from north London, says his 11-year-old daughter has developed a tic and hallucinations over the past 11 months, while milder signs include a loss of appetite, losing weight, night terrors, hair-pulling, biting and unexplained aches and pains. Child therapist Frances Taylor from Counselling Directory lists other common examples: “Are they only eating certain foods? Is there a sudden change in toileting? Are they taking less pride in getting ready, such as not cleaning their teeth?”

Many red flags are behavioural. Modgil cites big explosions of emotion and an unwillingness to talk about their day. In younger children, this often manifests in signs of regression such as tantrums, wetting themselves and sucking their thumb. “Often it’s a familiarity or comfort thing,” says parenting consultant Kirsty Ketley, who’s seen children as old as eight playing with baby toys. For other children, behavioural changes are social. “Are they withdrawing from social situations like Zoom calls with friends? Have they stopped enjoying hobbies and activities they used to enjoy?” asks Modgil. Foster carer Trevor Elliott MBE says the most common question among his children is “what’s the point?” when asked to get dressed and do schoolwork, but in more extreme cases, comments such as “no one would care if I wasn’t here” can indicate suicidal thoughts.

Just like adults, anger, fear and sadness are common feelings among children in lockdown, but behavioural manifestations can differ by age. While tearful outbursts and extreme irritability are common warning signs in younger children, Modgil says teenagers tend to become more withdrawn.

“She’s just a different child now,” says children’s club founder Amanda Frolich of the changes she’s seen in her daughter Bibi, 16, at home in Ealing: lost confidence, staying up late, anxiety. Despite her efforts, she doesn’t think Bibi has left the house in three weeks. Frolich is concerned for her daughter’s mental health, but these behaviours are mostly “normal reactions to an incredibly abnormal situation,” says Katharine Hill, director of charity Care For The Family.

The red flag is a teenager moving on from needing privacy to becoming “isolated”, a potential indicator of depression and low self-esteem. Another indicator is behaviour after being online. “Don’t assume gaming is bad — many children use it as a way to connect with friends and talk about how they are feeling,” says Modgil. What’s important is their behaviour afterwards. They might be quieter after reading a scary headline; they might be angrier after seeing friends having fun without them on Instagram — just one of the “devastating blows” social media can deliver, Hill says in her book, A Mind of their Own, published next month.

Other concerns Hill highlights are cyberbullying and grooming. According to the NSPCC, over 1,200 online grooming crimes were recorded nationally between April and June, with Instagram the most common grooming platform. Cyberbullying incidents have also rocketed.

“It’s all about boredom,” says Elliott, who’s seen young people falling down rabbit holes of misinformation and turning from crime to cybercrime since the start of the pandemic.

For many children – teenagers in particular – this might not only affect their behaviour during the day, but also their sleep. “I’m really quite concerned about sleep,” says Camberwell student Chidera Okoli, 18. As a volunteer with London mental health talking programme m-LAH, she runs discussion sessions with 13 year-olds and says “the majority” of sessions have focused on insomnia and exhaustion. One teen admitted she’s only sleeping for three hours a night and others say they’re regularly dozing off in online lessons after staying up online into the early hours.

Founder of the m-LAH initiative Hugh Abbott considers sleep to be among the “unholy trinity” of warning signs for mental ill health: the others are screens and exercise, and all three are interlinked. Adults are often no better when it comes to bad habits – he has a “terrible YouTube habit”, for example, and two fifths of adults say they’re doing less exercise in this lockdown than in Spring – so encouraging parents to lead by example is crucial. William Guri, London’s regional clinical lead at Place2Be, suggests phrases such as: “I’ve had a difficult day at work today and I’m feeling really cross, so I’m going to take a bath and call my friend who always cheers me up.”

Putting this role model behaviour into action is paramount ahead of schools reopening, says Elliott. While many parents hope their children’s anxieties will subside when they return to the classroom and see their friends again, others point out that the return to “normal” can be a source of student anxiety in itself. “I really fear about the shock it’ll give them,” says Cotton, whose daughters have started to find even social interactions at the playground “overwhelming”. For others, there will be anxiety over missed schooling, with children’s charity YoungMinds saying academic pressure is contributing to rising levels of panic attacks and self-harm amongst children calling its helpline.

Modgil agrees. Even as adults, many of us are daunted by the prospect of returning to ‘normal’, and for children a year can feel like a lifetime. There is a lot that parents can do for their children at home, but families should not be afraid to ask for help. According to Place2be, 50 per cent of parents say the pandemic has made them more likely to encourage their child to have counselling if they need it – a silver lining of the events of the last year, says Modgil, repeating her mantra. “When you’re not sure if you should ask for help, that’s exactly when you should ask,” she says. “It’s always better to be too early than too late.”

How to help if your child is struggling, according to experts

Coronavirus UK: 60% of people in part of the Isle of Wight have had their first jab

How the government has failed our most vulnerable | Letter 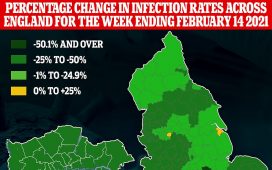 Covid cases in England hit their lowest levels since SEPTEMBER 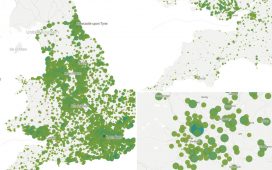 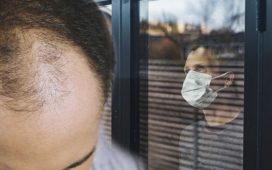 Coronavirus latest: Hair loss could be a long-term symptom after a COVID-19 infection 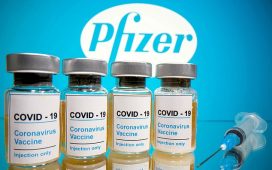