The proportion of low-paid workers in Britain has fallen to its lowest level since 1980, a think tank has said, with young adults particularly benefitting.

It said the introduction of the National Living Wage had “significantly” reduced low pay.

It could be eliminated altogether by the mid-2020s, research suggested.

“The chancellor and the Labour Party have both announced ambitious plans for its future, either of which would result in the UK having one of the highest minimum wage rates in the world,” the report said.

The charity the Living Wage Foundation says the wage level needed to “meet the costs of living” is £9 an hour across the UK and £10.55 an hour in London.

Low pay is considered to be hourly pay below two-thirds of the median average across the country. This is the equivalent of £8.52 an hour.

The National Living Wage is lower than this, but the Resolution Foundation said the NLW had a beneficial knock-on effect to other low-paid workers.

“Clearly, the UK still has a significant low pay problem, but it is a problem that is getting smaller after many years of stubbornly refusing to do so,” the report said.

The biggest falls (110,000) in terms of the type of job were said to have taken place in administrative and support services, and the retail sector.

The think tank said raising the living wage to a level which would end low pay, by setting it at two-thirds of median hourly earnings for workers aged 25 and over, would represent a further “huge change” to the labour market.

“An ambitious but cautious approach that saw the National Living Wage (NLW) continue to rise after 2020 – at a faster pace than the minimum wage has increased over its 20-year history would put Britain on course to eliminate low pay in the middle of the 2020s, while still giving the government room for manoeuvre if economic conditions change,” said the report’s author Nye Cominetti.

Katherine Chapman, director of the Living Wage Foundation, said: “It’s positive to see some measures of low pay fall, but there are still around six million jobs paying less than the real living wage – the only rate that’s calculated based on what it costs to live. That’s millions of families struggling to keep their heads above water, squeezed by rising household bills.”

TUC general secretary Frances O’Grady said: “The government should raise the minimum wage to £10 per hour as soon as possible, and young workers, who are most likely to be stuck on low pay, must be given the same rate for the job.”

Labour recently said it would extend its plans for a higher £10-an-hour minimum wage to include workers under the age of 18, if it were in government.

Chancellor Philip Hammond was asked on the BBC’s Today programme whether the minimum wage should continue to rise after 2020.

“We would only do that if we can be confident that we can do that without damaging the employment prospects of people with lower skills,” says Mr Hammond.

He said initial fears in the 1990s that the minimum wage would cost jobs had not been realised, but said that did not necessarily mean further increases would not be damaging, so he has commissioned a review.

“The key challenge is to support businesses so they can raise their productivity performance as the wages of their employees rise,” he says.

“Then you get a virtuous circle, where increases in the minimum wage incentivises improvements in productivity, which in turn allows employers to to pay higher wages still.” 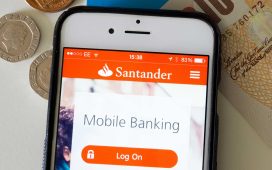