It might not be the classic holiday destination, but this former nuclear bunker could be the destination of your dreams.

You can now spend the night in the Beckham Creek Cave Lodge, nestled in a natural cavern deep within the Ozark mountains in Arkansas, US.

Far from a no-frills stay, though, the cave is complete with exposed stone walls and kitted out with all the luxuries of a high-end hotel.

The stunning former home was once used as a nuclear bunker in the Cold War, but has since found fame on Netflix series, The World’s Most Amazing Vacation Rentals.

The cave was originally carved out of rock in 1989 by a business who wanted to use it as a nuclear bomb shelter.

It was later turned into a hotel and has undergone a million-dollar renovation, including making use of a spring under the floor which supplies the property with water, as well as geothermal heating.

There’s no fear of forgetting exactly where you are, with stalactites hanging from the ceiling in different rooms.

But you’re not totally holed up. There are also lofts and balconies to enjoy the stunning views, as well as a firepit for entertaining.

Guests can take full advantage of the 256-acre grounds, enjoying a walk to the overlook called ‘Eye of the Needle’, as well as a number of on-site trails.

There’s even a six-seater UTV ride up to an area called the Indian Encampment, featuring several vertical cave openings, seasonal waterfalls and an overlook area.

While its quirky location appears rustic, the house is fully wired with a big-screen smart TV, satellite, and WiFi.

Think you’d like to stow away in your very own lair? Prices start at $1,600 (£1,170) a night with a two night minimum required for weekends and holidays.


MORE : What makes a pet name sexist? Men, it’s on you to figure that out


MORE : This is the date you should put the heating on – according to the experts

See also  Dominique Ansel Bakery, famous for the Cronut, is shutting down its London locations due to coronavirus
Share on FacebookShare on TwitterShare on PinterestShare on Reddit
newscabalSeptember 24, 2021 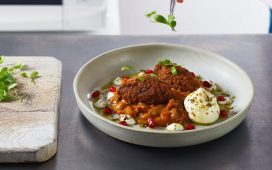 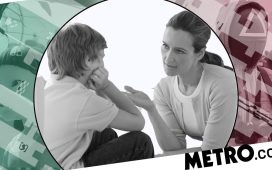 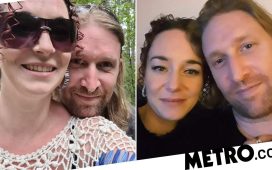