NEWSCABAL
Home » You can buy a raffle ticket for this incredible £2.3m mansion for just £25
lifestyle


A lucky house-hunter could bag a multi-million pound Art-Deco inspired mansion for just £25.

Tindale Towers in Bishop Auckland, County Durham, has its own pool, sports
court and penthouse bedroom suite and was recently put on the market for £2,240,000.

But the award-winning building could be yours for just £25, if you happen to get your hands on a lucky ticket.

Built 13 years ago by business couple Mike and Jules Keen, the impressive home stands just a few yards away from a terraced house worth £38,000. And the current owners say selling has proved tricky.

‘It would cost you around £5 million to build a house like this these days so someone is going to win it for a £25 ticket,’ says Mike.

‘It’s a stunning property and I built it so I should know.

‘No one has this kind of money in the area if it was in Newcastle or Middlesbrough it would have sold straight away to a footballer probably. But sadly it’s a bit too far away, even though the motorway isn’t a long way away it’s just a little bit too far out for them.

‘We should be putting this area up really, not putting down and encouraging people to come here and invest in this area and bring jobs to the area.’

The couple say the raffle will last for six months, and they are hoping people will buy tickets for friends and family as Christmas presents.

‘We’ll just keep our fingers crossed that it all works out and someone is lucky,’ he says.

The building also sports a large garden to the front, three double garages, a lift to all floors and spiral staircase, a remote operated electric gate, three electric door double garages, a large enclosed garden with a tennis/badminton court and wind turbine.

The penthouse master suite has an open-plan bedroom sporting a jacuzzi bath, walk-in sun shower, walk-in wardrobe, storage room and large balcony overlooking the property and the A689.

In the basement of the building you’ll find a leisure suite with a swimming pool, jacuzzi, steam room, working bar, dance floor and gym or games room.

Tickets can be bought via the website Raffall, for £25 per ticket.


MORE : Overlooked ten-year-old cat is finally rehomed after eight months in cattery – thanks to tearjerker poem


MORE : Betrayal trauma is what happens when our trust is broken – here’s how to navigate it 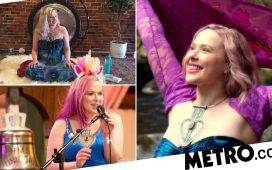 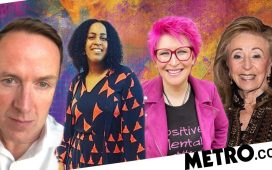 Does life really get better with age? 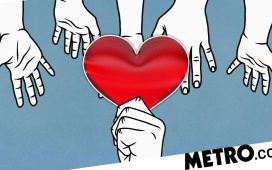