A hospital has admitted liability after a woman reported being operated on while conscious, leaving her with post-traumatic stress disorder, lawyers have said.

The woman, who wishes to remain anonymous, said she screamed in agony when a surgeon cut into her belly button during an operation at Yeovil hospital.

Medical negligence lawyers said she was given a spinal rather than a general anaesthetic during a gynaecological procedure in 2018.

The woman, in her 30s, said she screamed but nobody could hear because her head was behind a curtain and she was wearing an oxygen mask. She recalled remaining awake while a laparoscope was placed inside her, and her abdomen was filled with gas.

An increase in blood pressure alerted staff to her discomfort but the procedure continued, the law firm said.

The woman said: “I have suffered a lot with PTSD and the nightmares have been horrendous. I have these images lying on a table with people watching me and not listening to my screams. It is terrible and I can wake up around three times a week due to this.

“I’m also now very nervous and paranoid around doctors too – my trust has just been shattered. While nothing will change what has happened to me, I just hope that lessons can be learned so no one else faces similar problems in the future.”

The woman said she was told by the surgeon as she was taken into surgery that he had never undertaken such a procedure on a conscious patient.

READ  Stomach cancer: This lifestyle activity may reduce your risk of developing the disease

A spokeswoman for Yeovil hospital said: “It appears that a breakdown of communication led to the use of a different anaesthetic to that normally required for such an operation. We are sorry if this patient suffered any distress as a result.

“However, this case is yet to be resolved with the claimant and we will therefore not discuss this further.

“In a typical year, we carry out more than 15,000 operations, many of them life-saving, and we pride ourselves on the highest possible standards of care and safety.”

Coronavirus: Why the latest coronavirus will struggle to survive 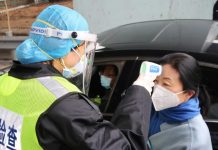 Best supplements for muscle gain: Taking this amino acid has been proven to build muscle 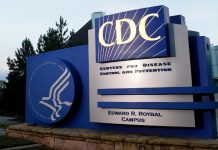 Coronavirus outbreak could be linked to bat soup say scientists