Yellow review – a gripping epic about fascism in Belgium


Director Luk Perceval’s Sorrows of Belgium trilogy charts three dark chapters in the nation’s history, starting with colonial oppressions in the Congo in Black (produced by NTGent in 2019) and ending with the Brussels terrorist attacks of 2016 in Red (yet to be staged). The second instalment, Yellow, dramatises the rise of the fascist party Rex, which led to collaboration with Nazi occupiers.

What is immediately arresting in NTGent’s live-stream, with English subtitles, is the cinematic quality of the production. It is exquisitely filmed by Daniel Demoustier in the theatre, though not always on the stage. Shot almost entirely in black and white with some intermittent hues of yellow, it seems variously like a dance and a series of sorrowful tableaux of human suffering and collective delusion. Camera angles draw us into the roused faces of Belgian fascists, circling them dizzily as they spit out their rhetoric, and then drawing away to show them as a choreographed ensemble. Annette Kurz’s set design seems more like a moving painting, with the actors often performing on or around a table that serves as a miniature stage.

The full cycle of the war is shown, from the rise of the Rex party (“Hitler will not forget about the Flemish,” says one character) to the eastern front and finally the bursting of the fascist bubble back at home. It is history told through family members and everymen, from the bookish and absent Jef, who is pushed into enlisting for war, to his father (Peter Seynaeve), mother (Chris Thys) and sister, Mie (Lien Wildemeersch). Their testimonies are combined with narrated letters written by Jef from the frontline, and there is a Jewish woman, Channa (Maria Shulga), who appears occasionally to tell her own story of persecution and escape – though frustratingly, not enough of it.

The Flemish family are not unlike the villagers of Edgar Reitz’s Heimat: eminently ordinary, their lives interrupted by ideology and war. As they fall under the spell of fascism, they are shown to be delirious, dancing manically, their movements erratic and puppet-like. And then they become small and suffering again, as that spell is broken.

Alongside them is the story of Léon Degrelle (Valéry Warnotte), the founder of Rex, and Otto Skorzeny (Philip Leonhard Kelz), an Austrian SS officer whose zeal vividly brings the “cult of the Führer” to life as they speak, with almost childlike wonder, of shaking hands with Hitler or seeing him at rallies.

Peter van Kraaij’s script (with contributions from Steven Heene and Margit Niederhuber) resists traditional storytelling and as captivating and intense as the effects may be, it becomes opaque and too impressionistic at times. It never loses its atmosphere but because of its many narrative ellipses, the historical detail is hard to follow for those who are not familiar with it. The emotional voltage nonetheless remains, conjured by Ted Stoffer’s movement, Sam Gysel’s stunning score (from martial drumming to melancholic piano) and the actors’ extraordinary performances, which give it an epic and tragic scale.

NTGent intends to stage the production as a live performance in May but this filmed version is its own extraordinary achievement. 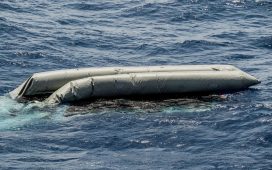