Years & Years star Olly Alexander explained why it’s super important to be ‘very gay’ in any room he walks into.

The King singer made his remarks at the virtual 2020 British LGBT Awards where he was joined in the winner’s circle by Sir Elton Jones and Gentleman Jack star Suranne Jones.

Olly, who won plaudits for BBC documentary Growing Up Gay, scooped the celebrity of the year prize and said he wouldn’t be an out pop star without ‘visible heroes’ paving the way for him.

‘I want to make you proud and continue being very gay in whatever situation I find myself in.

‘I wouldn’t be where I am, doing what I am doing, without the LGBT people who have come before me. When I hear their stories, I feel less alone in the world,’ said the 30-year-old.

One of those ‘heroes’ was Rocket Man Sir Elton, who won the global impact gong for the work of his Elton John Aids Foundation.

Mirror, mirror on the wall, who’s the most popular celeb of all? It’s Rita Ora.

The singer cried tears of joy at the weekend, when every star and their dog lined up to record her a 30th birthday message.

Party animal Reets was forced to mark the occasion quietly in her London living room, but seeing her famous pals perked her up.

Chuffed to be entering her ‘dirty thirties’, the birthday girl — who dates French film-maker Romain Gavras, 39 — shared the vid and gushed: ‘My team surprised me with this video and I was crying from joy and happiness! I’m so thankful to all my friends and family for all the support they’ve given me over the past 30 years of my life!!!

‘I’ve never felt so loved. Hopefully we can celebrate together one day.’

Ora also posed in red booties that channelled the flag of Albania — her parents’ homeland — as fans sent clips of her performing in the country.

It’s jingle balls from Liam Gallagher… who has confessed he recorded a new festive ditty in his boxers.

The ex-Oasis frontman’s song, All You’re Dreaming Of, was this week’s highest new entry in the singles chart at No.12 — and he has explained why it is OK to call it pants.

‘I did it in my boxer shorts,’ the Morning Glory singer, 48, told Radio X.

‘So we go to Abbey Road in the lockdown, loads of people with masks on to do the brass and horns and all the f***ing orchestra and that.

‘I do the vocals and they were nowhere near as good as the ones I did in the house in my boxer shorts. So I’ve binned the Abbey Road vocals and used these ones.’

Sam Smith has been in therapy to tackle OCD.

And the Love Goes singer’s new album is filled with findings from the doctor’s couch.

Sharing the extent of yo-yoing mood swings with fans, the 28-year-old said: ‘This album, I mean, I started therapy and some real work on my mind when I was writing this record.

‘So I think there’s definitely a commentary on that throughout the record.

‘It is me looking at my own mind and brain and trying to figure out why it is I have these ups and downs.’

About track So Serious, Sam added: ‘For me, that song is about my mind, my OCD and how sometimes I am baffled by it. I can be feeling so good then, in the space of a day or an hour, my mood can change quickly and I can become so sad, so dramatically sad.’

Jodie: Love on screen is a dream

Jodie Comer reckons her FaceTime romance is a love like no other.

The Killing Eve star, 27, fell for US lacrosse player James Burke, 26, while filming Free Guy in Boston this year and said: ‘This relationship feels very different… like nothing else. When you feel it, you’re like, “Ahhh, so this is what it feels like!”.’

Revealing how they handle 14-day transatlantic quarantine before meeting up, she told Sunday Times Style: ‘It has been tricky — there’s a lot of FaceTiming but if you want it enough you make it work.’

Cam reflects on being Shawn’s girl

Camilla Cabello is not shy when it comes to talking about her high-profile romance with Shawn Mendes.

The Havana singer, 23, posted a snap of her snogging her pop beau, 22, writing: ‘I’ve learned a lot about love with this guy. It’s not just the happy blissful moments you see in pictures. In a relationship, they are this mirror reflecting yourself back to you. Sometimes, it’s messy and ugly lol.’ 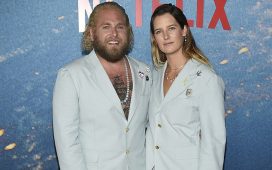 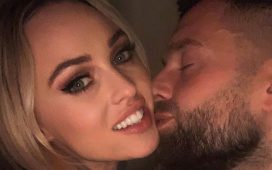 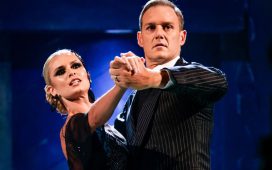