GameCentral unboxes its new Xbox Series X and sees how it and its new controller compares to the PlayStation 5 in a home environment.

Console launches are often deeply disappointing experiences. It’s rare that a truly top-class game will be released right at the start of a console’s lifetime but the fact that it does occasionally happen makes it all the more frustrating when it doesn’t. On that point though Microsoft has nothing to fear, as they’ve made it perfectly clear that there will be no major exclusives to accompany the launch of the Xbox Series X.

Even so, when our console turned up recently it was a disconcerting feeling to know that we had literally nothing new to play on it. Not only were no games sent along with it, but the launch line-up is all just third party titles and ‘optimized’ versions of existing games.

It’s an especially strange experience given that the dashboard is identical to that on the Xbox One. That’s all according to plan, given Microsoft’s dedication to backwards compatibility, but add the fact that the Xbox Series X controller is almost exactly the same and out of the box it’s very hard to tell you’re playing a new console at all.

At the moment all we’re allowed to do is tell you that we have an Xbox Series X and show you some pictures of it being unboxed (un-Xboxed?). Although while the box the console was sent in seems to be a standard retail edition we don’t think the foam inserts were, so we’re not sure there’s really anything to learn there.

Unlike the PlayStation 5 unboxing, we’re not allowed to comment on actually using the Xbox Series X yet, although at this point we think you can probably guess that it’s very similar to using an Xbox One.

We can see why Microsoft left the controller largely unchanged, as the existing one had seemed to reach a point of near perfection, but it’s unfortunate that the lack of evolution has coincided with Sony’s release of the DualSense – which has been quite the revelation so far and has genuinely new and interesting features, such as the adaptive triggers.

By contrast the Xbox Series X controller has a new D-pad, based on the Elite series design, and slightly redesigned shoulder buttons and bumpers – so that they’re slightly smaller and more rounded. The grips have had a few millimetres shaved off them too, with both them and the shoulder buttons having a new textured surface similar to existing high-end Xbox One controllers.

There’s also a promise of reduced latency, which we can’t really test yet, but the only difference normal people are likely to notice is the D-pad and a new Share button.

The console itself is the only thing about the Xbox Series X that actually flaunts its newness, with a brusque, brutalist style design that in most promotional photos is displayed vertically. It can sit horizontally though, which is the way we have it at the moment, and while that makes it much taller than normal for a console (given its square-shaped footprint) there is, as you can see, still plenty of room underneath the TV.

We’ve been back and forth a couple of times on the PlayStation 5 design and are currently turning against it again. We can see what Sony were going for – it’s such a huge piece of hardware they wanted to avoid just making a giant breeze block of a console – but the design is just too fussy and unstable when sat horizontally.

By comparison, Microsoft has taken the opposite approach and embraced the breeze block. The end result is not exactly pretty but we definitely prefer its unapologetic ugliness. Although one niggle is that when it’s laid horizontally the power button is turned the wrong way and looks weird when it lights up. There really should have been an option to rotate it 90° so it’s facing up, just like the old PlayStation 2 logo.

With both consoles – with every console – it really doesn’t matter what they look like and as long as they fit safely under your TV that’s largely the only consideration. The PlayStation 5 and Xbox Series X both manage that (just) and so their true worth will be decided, not by the aesthetics of their casings, but the quality of their games and services.

The Xbox Series X will be released on November 10 for £449.99. The cheaper and less powerful Xbox Series S, which we have not yet seen in the flesh, will launch the same day for £249.99. 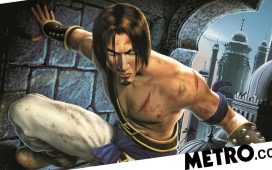 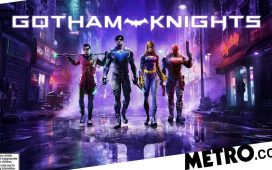 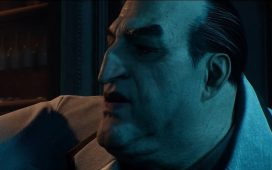 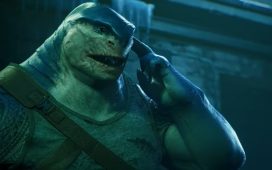