WWE legend Road Dogg has been hospitalised after ‘likely suffering a heart attack’, according to his wife.

The 51-year-old retired wrestler – whose real name is Brian James – still works for the company alongside Shawn Michaels and Triple H on the NXT brand, and he has undergone tests after coming back from Wednesday’s show in Orlando.

His wife Tracy James asked people to pray for a quick recovery as she opened up on his condition in a public Facebook post.

She wrote: ‘I want to thank everyone for the prayers and text. Brian most likely suffered a heart attack late Thursday night after returning from Orlando. He has had test run and we’re currently waiting for the results.

‘He has also seen a kidney specialist and will have a stress test done. He’s always been on bp meds for high bp. Just please pray all the test come back for something we can fix.

‘I am a total wreck but I’m trying so hard to be positive! Please pray for Brian. He feels horrible for God to please heal my husband so he can come [home]! Thank y’all all so much!’

She later added that a doctor had been to see Brian and gave an update on his condition, with more news expected after the weekend.

Tracy later added: ‘Just an update: Doc just came in. Kidneys came back clear and a heart cath is scheduled for Monday and they will determine then what’s to be done.

‘Please continue to pray for him and his doctors. And our family. Thank y’all and we love y’all!’

During his in-ring career, Road Dogg captured the Hardcore and Intercontinental Titles as a singles star.

In 2019, Road Dogg – along with Gunn, Sean ‘X-Pac’ Waltman, Shawn Michaels, Triple H and Chyna – was inducted into the WWE Hall of Fame as a member of iconic faction D-Generation X. 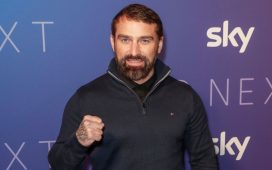 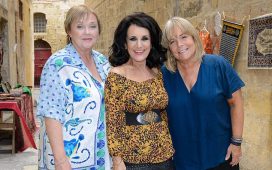 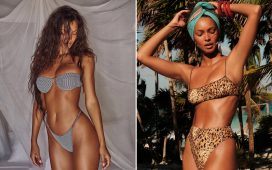 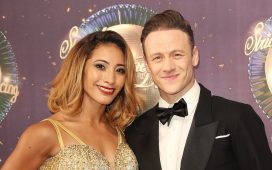