Zhang Zhan, a 37-year-old former lawyer and citizen journalist who was arrested in May while reporting from Wuhan, has been sentenced to four years in jail.

Zhang was arrested for “picking quarrels and provoking trouble” – an accusation commonly used against dissidents, activists and journalists – with her video and blog reports from the Wuhan lockdown. Last month she was charged with disseminating false information.

On Monday afternoon, just hours after the trial began, Zhang’s lawyer said she had been sentenced to four years in jail.

The prosecution of 10 Hong Kongers detained in mainland China after allegedly attempting to flee to Taiwan also began Monday, amid a rush of arrests and other crackdowns on dissidents, apparently timed with the Christmas period to avoid western scrutiny.

The indictment sheet released last week said Zhang had sent “false information through text, video and other media through the internet media such as WeChat, Twitter and YouTube”, according to the prosecution document.

“She also accepted interviews from overseas media Free Radio Asia and Epoch Times and maliciously speculated on Wuhan’s Covid-19 epidemic,” it said. A sentence of four to five years was recommended.

Zhang has been restrained 24 hours-a-day, and force fed with a tube after she went on hunger strike, her lawyer, Zhang Keke said earlier this month. Zhang Keke visited again on Christmas day, and in a blog post said his client had lost 15 to 20kg and her hair had been cut short.

“She feels psychologically exhausted, like every day is a torment.”

Around a dozen supporters and diplomats had gathered outside Shanghai Pudong new district people’s court on Monday morning, but police pushed journalists and observers away from the entrance as Zhang and her lawyer arrived.

Zhang – one of several citizen journalists detained in Wuhan around the same time – denies the charges and says all her reports were from first-hand accounts with locals. Fellow citizen journalist, Fang Bin, was arrested in February but his detention location remains secret. Chen Mei and Cai Wei are awaiting trial in Beijing after they were arrested in April for archiving censored information about the virus.

Chen Qiushi, detained in Wuhan in February, was released to his parents’ home under close surveillance.

Families of the 10 Hong Kongers detained after allegedly trying to reach Taiwan said they were only told of the trial on Friday, giving them no time to travel to Shenzhen and complete quarantine in time to attend. The trial is not being livestreamed, and media appears unable to get inside the courtroom, turning it into a “de facto secret trial”, the families said.

“By holding the trial of the 12 in secret, barring the media and the families from attending, the Chinese authorities are disregarding basic human rights, acting against the ‘sunshine judiciary’ principle they have been promoting,” they said in a statement on Monday.

RTHK reported from Shenzhen that court officials said the trial was open to the public but all seats had already been reserved.

Ahead of the trial the US state department called for the group’s release, with an official saying their only “so-called crime” was to “flee tyranny”.

The Yantian district people’s court in Shenzhen announced last week that 10 of the 12 people allegedly traveling by boat to Taiwan when they were intercepted by Guangdong coastguards in August were charged with organising or participating in an illegal border crossing. The remaining two are minors and would be tried at a later date. Since their arrest the detainees had been almost entirely blocked from contact with their families and barred from seeing their chosen lawyers.

The last-minute trials came amid a flurry of activity by authorities targeting dissidents, lawyers and journalists. Chinese authorities have a history of using the holiday period, when many western governments and NGOs are on Christmas break, to run trials and make arrests. 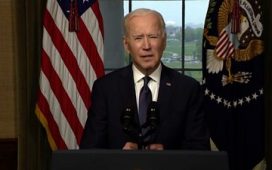