Arbitrage of the US light sweet WTI Midland crude is becoming increasingly attractive for end-users in Asia, amid a confluence of changes in market structure that has thrown the arbitrage window for the grade wide open, market sources said. Its relative strength against its closest competitor, the light sour Middle Eastern Murban crude, has also bode well among the region’s interested buyers, sources said.

The widening of the WTI-Brent spread has been supportive of arbitrage opportunities, as it makes Brent-linked alternatives relatively more expensive for end-users.

The US government’s Nov. 23 announcement of releasing 50 million barrels of its Strategic Petroleum Reserves, has raised expectations of an increase in WTI Midland exports, weighing on offer levels, sources said.

Market participants are looking forward to the reaction by Asia’s end-users, expecting buying interests for WTI Midland to increase.

“Need to wait for a while, the price drop last Friday [Nov. 26] changed the arbitrage cost,” a Singapore-based crude oil trader said.

Last week, CPC Taiwan was heard to have awarded its February-arrival sweet crude tender to a trading house, procuring one VLCC of WTI Midland crude at a premium of around mid to high-$2s/b to January Platts Dated Brent crude assessments, CFR Taiwan, according to market and trade sources.

Further supporting the arbitrage economics is the narrowing backwardation, which makes long haul cargoes from the US more viable.

Platts assessed WTI Midland on a CFR North Asia basis at a discount of $1.31/b to Murban on Nov. 29, reflecting an inversion of the typical relationship between Murban and WTI Midland as the latter is typically priced at a premium to the former.

WTI could gain advantage over Murban

Market sources have also noted that light sweet WTI Midland crude has become relatively cheaper compared with its light sour competitor, Murban crude. The Middle Eastern Murban is on an uptrend, while WTI Midland has been pressured lower.

“Yes, WTI is much cheaper [than Murban] now [for Asian buyers],” the Singapore-based trader said.

Narrowing of the Brent-Dubai Exchange of Futures for Swaps has also enhanced the attractiveness of the sweet crude, as the Dubai-linked Murban loses its edge.

“Recent drop in Brent-Dubai differential is also helping the arb,” a trader with a South Asian refinery said.

Agreeing that WTI Midland is more affordable than Murban, the trader said: “It happens and generally IFAD [Murban] corrects. But IFAD Murban is behaving strangely, it has increased on Friday [Nov. 26] when everyone was expecting a drop…so it makes sense to take arb grade [rather] than PG.”

However, some sources have noted that the shorter haul to Asian refineries and smaller parcel sizes for Murban crude could allow the grade to retain its competitive advantage.

“Some refiners don’t want 1 or 2 [million-barrel] parcel sizes for sweet arbs. PG easier to buy top up if they are already lifting,” the trader with a Southeast Asian refinery said.

Meanwhile, end of the month buying appetites from some in Asia have also buoyed Murban values steadily higher.

“Heard some people are still short and haven’t covered requirements,” a trader in Singapore said, referring to persistent buying interest for Murban crude that has kept prices well-supported.

At the Asian close on Nov. 29, the January IFAD Murban differential to January Dubai futures was assessed at $5.96/b, a sharp turnaround from Nov. 17 when it was assessed at $4.59/b, data showed. 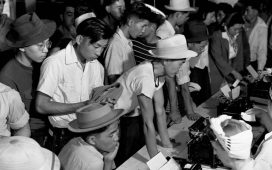