‘Worst of the worst’: why is fast fashion retailer Shein launching a reality show?


As one of the biggest fast fashion companies on the planet, Chinese retailer Shein (pronounced she-in) holds its loyal community of Gen Z customers close through its domination of social media platforms.

The brand, famous for its ultra-cheap bike shorts, crop tops and bikinis, has been associated with celebrities from Hailey Beiber to Katy Perry and Rita Ora. But even as the company re-writes the rulebook on marketing in the social media age, accusations of supply chain problems, environmental damage and design plagiarism haunt it.

Now, following in the footsteps of other fast fashion companies, Shein has announced its own English-language reality show. The second episode of Shein X 100K Challenges launches on Sunday, streaming via their app and on YouTube, and follows 30 designers competing to show their collection at Shein fashion week in Los Angeles and take home the $100,000 cash prize.

But Shein’s new show, and the company’s success more broadly, has raised questions about the values of its Gen Z customers. Do micro concerns about always wearing new looks and maximizing impact for the camera trump macro concerns about valuing creativity, protecting workers and sustainability?

For many, the theme of the reality show competition – ‘be bold, be you’ – sits at odds with what the company has come to signify.

“How can you pretend to care about the environment or labour issues when you support this? Shein is the worst of the worst disposable fashion companies,” one Twitter user wrote, addressing InStyle. “Shein is one of the most unethical fashion brands,” wrote another on the Instagram account of Khloe Kardashian, one of the judges on the show.

Shein’s turnaround is staggering. According to an interview CEO Molly Miao gave to Forbes, it drops 700 to 1,000 new items a day on the site. Retail analysts Edited report that 70% of its products have been on the site less than three months.

While Shein’s social responsibility page on its website stated that it “never, ever” engages in child or forced labor, it did not provide the transparency required.

Reuters could not independently assess factory working conditions or wages, but also reported that until recently, the company’s website falsely claimed that their working conditions were certified by international labour standard bodies.

And last week, fashion Instagram account Diet Prada highlighted the allegations by designer Bailey Prado that Shein had copied more than 45 of her designs.

“We need to question why and how they are producing so many designs everyday,” Prado said.

In response to Prado’s claim, Shein said: “We are constantly updating our processes and procedures to ensure that issues like this don’t happen and when they do, that we are able to respond quickly to remedy the situation.”

The site first launched in 2008 selling wedding dresses and women’s clothing for western shoppers, and was founded by entrepreneur Chris Xu, who reportedly wasn’t particularly interested in fashion but instead specialized in search engine optimization (SEO) marketing.

The company was an early adopter of Pinterestand Tik Tok and worked with social media influencers as early as 2011. It changed its name from Sheininside in 2015 and defined the concept of ‘ultra fast fashion’.

In June, it was reported that the company had overtaken H&M, Zara and Forever 21 as the biggest fast fashion retailer in the US.

“What set (them apart) from the Zaras and the H&Ms of the world was their absolute rock bottom prices,” says Lauren Bravo, author of How To Break Up With Fast Fashion. “Shein have taken things even further by selling clothes priced so cheaply that they’re encouraging consumers to see them as disposable.”

Its popularity flies in the face of what many have come to believe about the shopping habits of Shein’s core Gen Z consumer market: that ‘generation Greta’ values sustainability, authenticity and transparency above cheap deals and fast fashion.

“To (assume) that all of Gen Z think in the same way is a mistake,” says Jodi Muter-Hamilton, founder of the sustainability and communications consultancy Other day.

“I think there are many who are deeply concerned about sustainability while at the same time feeling pressured, even obliged, to keep refreshing their wardrobes on a weekly basis,” says Bravo. “If buying ultra-cheap clothes is the only way you can afford to keep pace, I can see why young people are succumbing.”

The company has made it easy to succumb. A scroll of their app makes it easy to see why the phrase ‘addicted to Shein’ pops up a lot on Twitter . When I log on I get distracted by a T-shirt and some jeans, and the visual search option, which allows me to search for items like the one I’m wearing (a Breton T-shirt) after I upload a photo of it. Shein has managed to replicate the feeling of walking through a bricks and mortar store on an app. There is the constant hope of a dopamine shopping high.

Meanwhile on TikTok, the hashtag #Sheinhaul has 2.5bn views, according to Rogue Media. Many of the videos follow a familiar format: a teenage girl carries a huge cardboard box across the screen it’s filled to the brim with packages from Shein wrapped in clear plastic. Then she models her new purchases for the camera, in the intimacy of her bedroom. Many of the videos emphasise the fact that these shoppers got so many items at such a small price.

“TikTok has supercharged ‘hauls’ to the point where watching someone unpack a box of 100 plus garments is light entertainment,” says Bravo.

A sub-genre of these TikTok videos are plus size Shein hauls. Shein is the most size-inclusive fast fashion retailer in the UK, with 88,850 plus size options, according to We Thrift. Their sizing ranges from size 6 to a size 26.

“I know that there’s problems with Shein and consciously I try not to spend too much money on Shein any more just because of those problems, but when you’re fat and broke there isn’t many places you can shop,” says one user, Morbid Muse, in a #plussizeshein video.

For Nick Drewe, WeThrift e-commerce expert, it points to a larger issue: “(There needs to be) more ethical options in the fashion industry as a whole,” he says.

In response to claims that its fashion business is unethical and unsustainable, a spokesperson for the company said: “Shein is one of the only large retailers that orders 100 pieces or less for new products to help eliminate dead stock – which makes up 10% of the carbon emissions across the entire supply chain for the apparel industry. Shein is fully committed to upholding high labor standards across the entire supply chain and to improving the lives of workers in the global supply chain by supporting national and international efforts to end forced labor.”

Shein added that it is “fully committed to complying with the laws and regulations of the markets in which we operate, including laws regarding the transparency of our supply chain … Shein is an equal opportunity employer that believes in fair trade and ethical labor practices. We have a strong and clear policy against forced labor and take claims like this very seriously.” 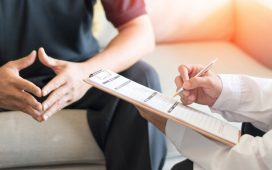 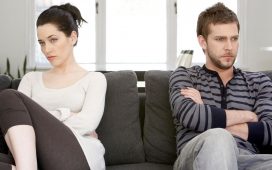 'I am struggling to keep my cool with my boyfriend's aggressive, swearing ex' 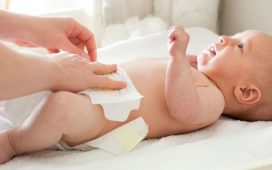 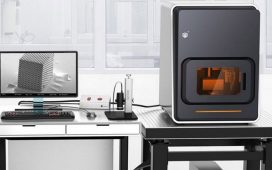 'The researchers printing custom-made prosthetic limbs which can repel germs' 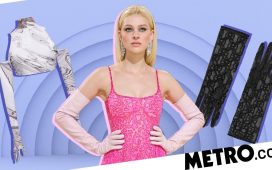 Are you brave enough to wear dressy gloves?