Thomas Tuchel says Thiago Silva suffered a ‘worrying’ injury in Chelsea’s 1-0 victory over London rivals Tottenham which makes him a major doubt for this weekend’s clash against Sheffield United.

Silva, 36, overstretched his right leg while reaching to make a clearance and immediately signalled to the bench for treatment.

The centre-back was unable to carry on and limped off the pitch to be replaced by Andreas Christensen not long after the half-hour mark.

Silva has become a vital figure in defence for the Blues since arriving back in the summer on a free transfer and has started in all three of Tuchel’s first games in charge at Stamford Bridge.

The Brazil international going off had little impact on the course of the game as they recorded a big away win against their London rivals courtesy of Jorginho’s first-half penalty.

But Tuchel, who previously worked with the defender at Paris Saint-Germain, revealed that he was forced off with a muscle injury and is a doubt for Sunday’s game against the Blades at Bramall Lane.

‘I saw Thiago with a big strap around his muscle but we have to wait,’ Tuchel told BBC Sport.

‘It will be tight for Sunday but we will have to wait until tomorrow to confirm,’ the German boss added in his post-match press conference. ‘For Sunday, he is a big doubt.’

The win was Tuchel’s second as new Chelsea boss since replacing Frank Lampard at the end of January, with the result moving his side up to sixth in the table. 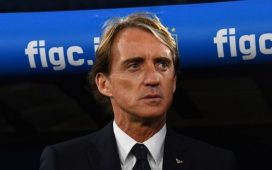 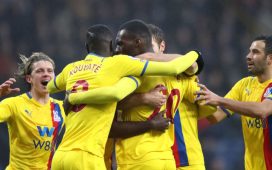 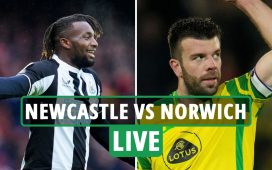 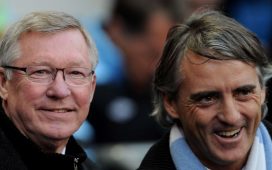 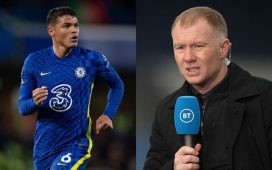