Bowel cancer is thought to be the second biggest cancer killer. Experts explain the signs to look out for when spotting and acting on early warning signs

The fourth most common cancer in the UK, bowel cancer – also known as colorectal cancer — is caused by cells changing and growing in the large bowel, which is made up of the colon and rectum.

Most of these cancers develop from pre-cancerous growths called polyps which according to US-based health organisation UCLA Health “can bleed into the stool or cause a blockage in the intestine,” as the polyp grows.

One of the most common signs of bowel cancer is blood in the stool, but the UCLA health body warned that there’s one visual sign related to your poo that can point towards the disease.

What change in your poo could signal bowel cancer?

The symptoms of bowel cancer can be subtle as they don’t always make you feel ill.

One lesser-known sign of the disease according to the experts at UCLA is a change in the shape of your poo.

The health body warned that the blockage caused by the growth of polyps can result in a “change in the shape of the stool,” adding that typically the change takes the form of very narrow stools.

What are the most common symptoms of bowel cancer?

According to the NHS website, more than 90 percent of people with bowel cancer have one of the following combinations of symptoms:

Blood in poo and persistent bloating could also be signs, according to the NHS
(

Other symptoms include having an urge to have a bowel movement without needing the loo as well as constipation or diarrhoea that lasts for more than a few days.

What to do if you are worried about bowel cancer?

If you have any of the above symptoms it’s best to consult a GP.

The NHS explains: “When you first see a GP, they’ll ask about your symptoms and whether you have a family history of bowel cancer.”

One of the tests that is likely to be carried out for a bowel cancer diagnosis is an examination for any lumps in your rectum or tummy, known as a digital rectal examination (DRE).

How to know if you’re at risk for bowel cancer?

While the exact cause of bowel cancer is not known, research has revealed that your risk developing it depends on factors like age, genetics and lifestyle factors.

Studies have also shown that obesity as well as eating a lot of red or processed meat can also increase the risk of the disease.

Having one or more of any of these risk factors doesn’t mean you will definitely get bowel cancer.

If you’re worried about any signs or symptoms, contact your GP and/or check the NHS website for more information. 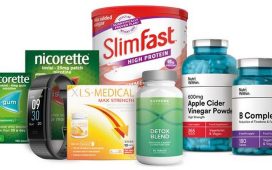 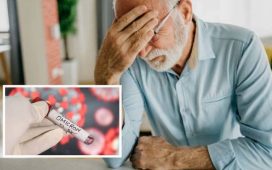 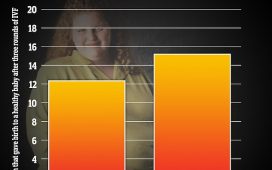 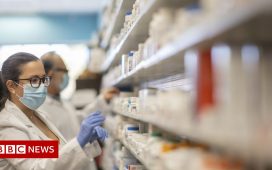 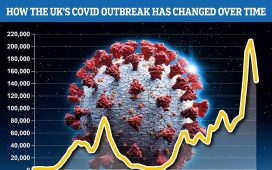