THESE are the locations of the 59 most high risk biolabs in the world as fears continue to rage that Covid may have escaped from a lab in Wuhan.

Experts from King’s College London compiled the report titled “Mapping Maximum Biological Containment Labs Globally” in an effort to highlight the “significant risks” posed by the labs amid the pandemic.

The newly published paper – and accompanying interactive map – shows the 59 biosecurity level four (BSL-4) locations, both in operation or planned, which deal with some of the most deadly pathogens.

It highlights 18 in Europe, 14 in North America, 13 in Asia, seven in Britain, four in Australia and three in Africa.

BSL-4 labs are designed to work with potentially devastating viruses for which there are no vaccine or cure.

Pathogens which have been studied in labs of this kind include Ebola, the Nipah and Lassa viruses, and Crimean-Congo hemorrhagic fever – all which have potential to be more fatal than Covid.

The locations are high security environments where scientists have to wear protective suits in pressurised chambers which they have to enter via airlocks.

Despite all these security efforts however, there is always the fear that something could escape and potentially cause devastation.

And the KCL paper – penned by Dr Filippa Lentzos and Dr Gregory D. Koblentz – warns international standards are woefully inadequate to properly police the major threat posed by the labs.

“The risks of work with dangerous pathogens mean that extremely
high-levels of safety and security protection must be applied and that the work must be conducted responsibly”, it reads.

“This is especially important for work with pathogens that may have devastating consequences for local, regional, and global communities, if an exposure or accidental release were to occur.”

It warns of the dangers of lab workers carrying a virus into the population or a containment breach spreading deadly diseases.

And it also warns pathogens could be stolen from these labs, viruses could be repurposed to actively cause harm, and the lab’s very existence may destabilise as governments fear their rivals may be developing bioweapons.

There are no binding international standards for safe, secure, and responsible work on pathogens in maximum containment labs

More than three quarters of the world’s BSL4 labs – some 46 – are also located in urban areas, meaning impacts of any leak could have devastating consequences.

The paper was published as fears grow Covid may have leaked from the Wuhan Institute of Virology (WIV) in China – a BSL-4 lab – with US President Joe Biden ordering his intelligence officers to “redouble” their investigation.

China denies everything and has blasted the US for speculating on a lab leak – but what was once dubbed a “conspiracy theory” is moving from the fringe into the mainstream.

It is not suggested that Covid is manmade, but it has been speculated that gain of function research carried out at WIV may have made an existing coronavirus more likely to infect humans before it’s escape.

Where are Britain’s seven BSL-4 labs?

BRITAIN has seven BSL-4 labs in operation or upcoming according to report, more than a fifth of all the insitutions in Europe.

“Safety lapses in the course of scientific research is a regular occurrence in labs all over the world, and we know there were several research teams in Wuhan working with coronaviruses.

“The current debate highlights the need to put in place international standards for research in BSL-4 labs, as well as an international body to systematically register and oversee maximum containment facilities.”

The KCL paper calls for an international structure to be put in place to “systematically register and oversee” the labs to avoid any further potential leaks.

“There is, however, currently no requirement to report these facilities internationally, and no international entity is mandated to collect such information and provide oversight at a global level,” it warns.

“Moreover, there are no binding international standards for safe, secure, and responsible work on pathogens in maximum containment labs.”

It emerged this week that Prime Minister Boris Johnson was briefed on the possibility of a lab leak being responsible for Covid as early as April 2020.

Meanwhile, former US President Donald Trump doubled down on allegations the virus may have come from WIV.

Trump repeatedly suggested in the final months of his term that the virus came from WIV – and insisted the US had concrete evidence.

And his former medical adviser Dr Anthony Fauci made his own admission that he is now no longer convinced the Covid originated naturally and called for a full investigation.

WIV scientists had previously admitted being bitten by bats and spattered with blood raising questions about safety at the lab.

On Wednesday, Biden told US intelligence officials to “redouble their efforts” to probe the origins of the pandemic – including any possibility the trail might lead to Wuhan.

Beijing has since lashed out at Biden and accused him of “playing politics and shirking its responsibility”.

THE WUHAN Institute of Virology is the highest security lab of its kind in all of China – and can be found right at the heart of the origins of the global pandemic.

Scientists from the lab even tested mysterious

virus which killed three miners 1,000 miles away in Yunnan province back in 2012.

It emerged this week Wuhan lab staff became sick and needed hospital care weeks before China admitted it was facing an outbreak.

A National Security Council spokeswoman said the Biden administration continued to have “serious questions about the earliest days of the pandemic, including its origins within the People’s Republic of China”.

Meanwhile, it emerged earlier this month that China had probed weaponising coronaviruses some five years before the outbreak.

RAT OUT OF HELL

China has long been accused of covering up or distorting its role in the early days of the pandemic, with claims the Communist Party manipulated case and death figures while withholding information from WHO.

WHO did stage a much derided probe which all but dismissed the lab leak – and on the same day the organisation’s chief Dr Tedros Adhanom Ghebreyesus claimed for a new investigation.

The Sun Online previously revealed ongoing risky research in China could even spark another pandemic even worse than Covid.

See also  Horror as mum and daughter mauled to death by their pet mastiffs
Share on FacebookShare on TwitterShare on PinterestShare on Reddit
newscabalMay 28, 2021 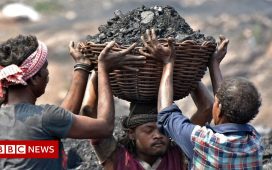 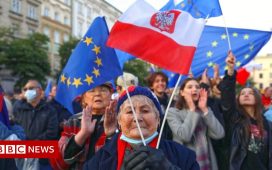 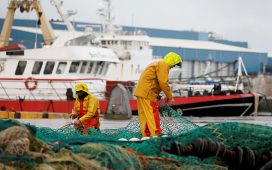 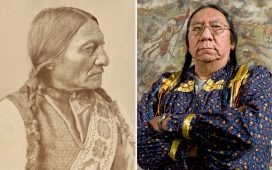