The social and economic burden of Covid has fallen disproportionately on women around the world, the Red Cross has warned, in a stark analysis of the impact of the pandemic.

Women were particularly affected by loss of income and education, rises in domestic violence, child marriage and trafficking, and responsibility for caring for children and sick relatives, according to the comprehensive report published by the International Federation of Red Cross and Red Crescent Societies (IFRC) on Monday.

“In a crisis, it is always women who pay the highest price,” said Francesco Rocca, president of the IFRC. “It’s too long that we’ve been talking about this … it’s urgent.”

It was vital that the uneven socioeconomic impact of Covid was taken into account in recovery plans and could inform how the world tackles other crises including the climate emergency, said co-author Teresa Goncalves. “We can still recover better,” she said.

The survey examines how the pandemic collided with existing factors, including poverty, migration, conflict and extreme weather, bringing together detailed anecdotal reports from 38 Red Cross national societies with data from the World Bank and the UN.

Of the 38 countries that took part, 31 identified women as disproportionately affected. Urban poor and migrants and refugees were also identified as particularly at-risk groups.

The report highlights several countries severely affected by the death knell to tourism including Spain, the Philippines and Jamaica.

In Jamaica, as in many parts of the world, women make up a large proportion of people indirectly making a living from tourists. Female street vendors were hard hit, for example, said Kevin Douglas of the Jamaican Red Cross, especially at craft markets and in small villages reliant on a stream of visitors, such as Middle Quarters, where women normally line the street competing to sell peppered shrimp.

Radhika Fernando, of the Philippine Red Cross, described a “shattered” tourism industry: “We are not getting anyone here.”

Women in the Philippines were expected to take on greater responsibility for caring for children and relatives, she said, as well as home schooling responsibilities throughout what is thought to be the longest Covid school closure in the world.

This trend was echoed throughout the report, in richer and poorer countries. In Spain, for example, where among people accessing Red Cross services, 18% of women had lost their jobs compared with 14% of men, women also took on the bulk of unpaid labour at home. José Sánchez Espinosa, of the Spanish Red Cross, said: “We are working to change attitudes. We tried to convince men that they have to share the burden of the caring of the families.”

Migrants, refugees and internally displaced people were uniquely affected by the socioeconomic impacts of the pandemic, the report also found, intersecting with the challenges facing women.

In Colombia, nearly 50% of the 1.8 million people who have fled Venezuela are women and girls, who are “doubly vulnerable”, said Diana Cruz, migration officer for the Colombian Red Cross. Shantytowns, home to high numbers of displaced Colombians and Venezuelan migrants, in Bogotá and elsewhere faced waves of evictions in police raids last summer, said Cruz. “It is very hard when you hear mothers telling you: ‘We’ve lost the roof over our heads. I’m alone on the street with my daughter.’ They are worried about rape or sexual abuse. This happened in the middle of the pandemic,” she said.

Lockdowns around the world brought increases in domestic violence. In Colombia the Red Cross supported 73,000 victims of domestic violence in 2020, more than a 40% increase on the previous year, though the number of cases is likely to be far higher, particularly among undocumented migrants deterred from reporting for fear of being deported.

Migrants and refugee women also suffered unique challenges in Lebanon, compounded by the economic emergency. “There’s been an increase in child marriage as a way out, especially in refugee families that don’t have any security,” said Rana Sidani Cassou, head of communications for the IFRC in the Middle East and north Africa.

In Afghanistan, the Afghan Red Crescent Society (Arcs) responded to a rapidly changing situation, with the pandemic coinciding with the Taliban’s rapid takeover this summer and now one of the world’s largest food crises, as half the population face hunger. Dr Mohammad Nabi Burhan, acting secretary general for Arcs, said: “From the beginning of the pandemic … so many people who were earning a daily wage, working on the streets in cities, lost their jobs. The impact was huge on the general population, and women are always more vulnerable.”rcs

School closures have bled into an uncertain situation under the new government. “I strongly hope schools for girls will start, because they have to be educated,” said Nabi.

Kenya was an example of a country where Covid had collided with the climate crisis and poverty, to the particular detriment of women and girls. Dr Asha Mohammed, secretary general of the Kenyan Red Cross said she was “shocked” by the impact of school closures on girls, with an increase in teenage pregnancies and child marriage.

With drought in the north, some families in rural areas had resorted to marrying off their daughters in exchange for cattle, she said. “It feels like a zero-sum game. You put efforts in one area to bring girls back to school after Covid closures and then there’s another disaster.”

Mohammed has just returned from Cop26 in Glasgow, where she made the case for lessons to be learned from Covid. “The only difference we will make is if we have interventions that clearly target women and girls. If we don’t make them resilient to these disasters, it will not help.” 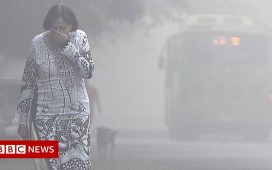