Even the most house-proud of us can admit that changing our duvet falls to the bottom of the chore list sometimes.

The truth is that it’s an arduous task that always takes longer than it should – but not any longer.

A woman has revealed a swift way to complete the boring chore in 90 seconds without breaking a sweat.

Anna Vihareva shared her method on her TikTok account, where it racked up 800,000 views.

She joked: “TikTok taught me how to put a blanket in a duvet cover in 90 seconds.

Firstly, you need to turn the duvet cover inside out (as you’ll be reversing it later) before ensuring it is spread out flat.

Make sure the opening of the duvet is at the end of your bed (although in this video it’s at the side.)

Then, lay your duvet on top and ensure it is all aligned, with all the corners matching up, as it will make things easier later.

Starting at the top, begin rolling your duvet and cover together like a burrito, before turning out both edges.

After this, you just need to roll out the blanket and shake it to ensure it’s nice and smooth.

The video has racked up more than 27,000 likes and hundreds of comments.

One viewer joked: “Oh no…so more crawling in it?”

Another said: “I like to put the duvet cover inside and tire the blanket corners and vigorously shake it. It helps get my frustration out.”

A third jokingly asked: “OH MY GOSH. You mean it doesn’t have to take twenty minutes???”

One viewer who tried the trick confirmed that it worked, as they gushed: “Not to be dramatic but you just changed my life.” 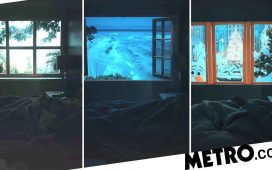 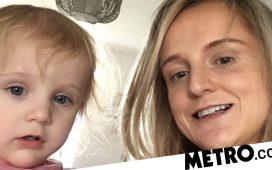 Herbal delight! 17 delicious ways with mint – from courgette frittata to a flawless mojito 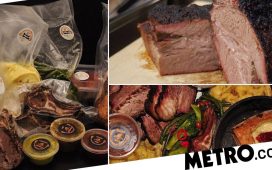 Barbers begone! Why men are embracing the long, luscious hair of lockdown 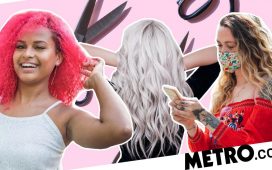 Hair colour trends that’ll be everywhere now salons are back