Though we all know crisps start their life as a solid potato, we don’t expect to find one at a bottom of a packet.

Yet, this is what one woman in Huddersfield, West Yorkshire found on Friday lunchtime.

‘I found a potato in my Aldi crisps today,’ 30-year-old Leah tells Metro.co.uk.

The designer bought a multi-pack and hadn’t noticed the strange shape or weight of this particular bag until pulling it out for lunch.

Working from home and looking for a quick bite to eat, she was ‘shocked’ to find a whole potato with a lone soggy crisp in the entire bag.

‘I bought a multipack from Aldi in Huddersfield and so I didn’t realise something didn’t feel right as I picked up the bag.

‘I was between meetings while working from home so ran to the kitchen to get a bag for me and my boyfriend,’ she says.

While her boyfriend lucked out with a regular bag, Leah was left horrified as she felt something abnormal in hers.

‘I opened it and without looking reached into it to feel a smooth cold ball.

‘I was so shocked – not even realising it was a potato – and just completely freaked out at what I’d just touched.

‘All I got with it was one soggy crisp.’

Leah adds: ‘My boyfriend was laughing away next to me smugly eating his full pack of normal crisps.’

How this happened, we aren’t sure, but the potato appears to be lightly salted, in line with the flavour of the bag Leah bought.

It wasn’t the lunchtime snack she hoped for – rather more like an unsettling game of ‘guess the item’ as she mindlessly reached in the bag.

Needless to say, she didn’t eat the lone potato.

Metro.co.uk have asked Aldi to comment. We will update this piece if we receive a response.


MORE : Aldi is selling frozen turkeys – which could help you avoid Christmas shortages

Grounded! What did a year without flying do to the world? 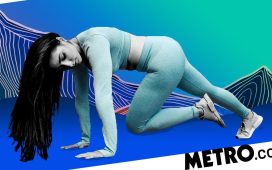 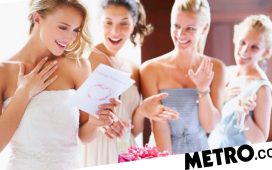 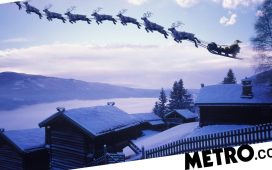