A woman has claimed she was fat-shamed at a gym and asked to leave – all because she was wearing a crop top.

TikTok user Shelby (@shelby.bellz) took to the app to share the upsetting experience that left her feeling ’embarrassed.’

Shelby, who was wearing a black sports bra and leggings, said she was originally told her outfit was not in line with the gym’s dress code.

‘I just went to the gym and the lady at the front desk said that they have a policy, you’re not allowed to wear sports bras to the gym,’ she explained. ‘That you can’t be showing your belly.

‘She said “It’s fine for this time, but just so you know for next time”.’

Shelby then showed a short clip of her outfit ‘for reference.’ Only a small proportion of her midriff was on show.

‘I said ok that’s fine. I went to do my workout,’ she continued. ‘I’m 15 minutes in on the treadmill and the program co-ordinator came up to me and asked me to leave.’

Shelby then broke into tears and concluded: ‘I’m so embarrassed.’ 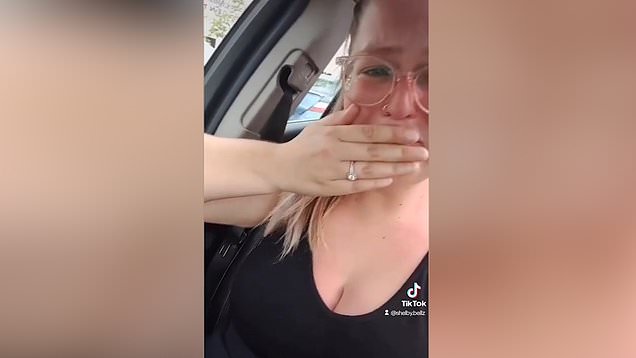 Some viewers questioned her response and pointed out that many gyms have specific dress codes.

However, Shelby made a follow-up video detailing why the encounter was ‘problematic’ and fatphobic.

‘There’s two things that are problematic in how this went down and neither have anything to do with the dress code,’ she countered.

‘The dress code is what it is, I can’t change that, whatever.

‘But number one is how the lady at the front desk spoke to me. I said, “Oh we’re not allowed to wear a sports bra?” And she said, “Well we can’t just have our bellies hanging out”, in a belittling tone. That already is not okay.’

She then argued that she was given permission to enter the gym but was asked to leave after only 15 minutes.

‘Problem two is that she told me it was ok, that it was ok for this time but for next time to wear something else,’ Shelby told viewers.

‘So I went into the gym with my wrist band on that she gave me… then to have somebody come up to me, after I’d already been there 15 minutes walking on the treadmill while I’ve got sweat pouring down my face.’

Following the explanation, many viewers came out in support of Shelby and said her feelings were valid.

‘Attitude is everything. It’s like they chose to embarrass you,’ wrote one TikTok user.

Despite the support, Shelby was subject to continued negative reaction and made another video to address it.

‘To the people who were commenting that I was being overdramatic, you just have to remember that for some people it takes so much courage to get up and go to the gym,’ she said.

‘That was only my third visit to the gym and to have that interaction go down when you have barely even been there a week is very demeaning and all over, not an experience anyone would want to go through.’

‘I genuinely believe that if that was a smaller woman standing there at the counter that they would not have said that to her,’ she added.


MORE : What is reality shifting, and does the TikTok trend work?


MORE : Is it ever okay to tell someone they have lost weight?


MORE : Mum shares heartbreak after no one shows up to son’s sixth birthday party 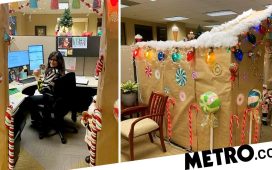