A WOMAN who was plagued by a horrific skin condition has cured her painful rash with a £10.95 “miracle” cream.

Rosalind McClean had been struggling with perioral dermatitis for more than five years – and as a consequence suffered from a scaly, red rash around her mouth that constantly stung.

The 75-year-old was prescribed a steroid cream after visiting her GP but was dubious about using it after finding out that the crippling dermatitis could potentially return if she were to stop.

Rosalind, from Northern Ireland, abandoned her prescription and began searching for a potential cure without harmful chemicals.

Her situation soon became worse as the painful rash began to spread around her eyes and nose, a condition known as periocular dermatitis.

Due to the location of her condition, Rosalind avoided social outings and her confidence plummeted.

She said: “The perioral and periocular dermatitis really lowered my self-confidence.

“I felt people were looking at me, wondering what was wrong with my face, and if it was infectious.

“I wouldn’t go out of the house without a full face of makeup, researched makeup, and tried to find the most natural one I could.

“I was still worried about using it, in case it would make the PD worse, so the makeup went on immediately before I had to go out, and the moment I was home it was removed.”

She said she avoided social occasions and would steer clear of those where she didn’t already know people.

“I had days when my mood was low, especially after a new flare up on my face”, she added.

A fellow sufferer recommended that Rosalind try zinc, an essential nutrient found in cells throughout the body, which helps the immune system fight off invading bacteria and viruses – it helped for a while but was not a permanent solution.

Rosalind said she decided to try a baby nappy rash cream and purchased Sudocrem to use at night.

“It made my face white, so I didn’t want to use it during the day.

“The zinc did soothe the rash, but also made my skin very dry, so now I was looking for a good natural moisturiser.”

What is perioral dermatitis?

Perioral dermatitis is a rash that develops around the mouth and tends to be bumpy or scaly.

In most cases the bumps will appear away from the lips and can be irritating.

The bumps can be skin coloured but can also appear to be red or pink and in some cases they can resemble acne.

There is no underlying cause of the condition and it is not contagious.

It was then that she discovered Lyonsleaf company that creates hand-made, natural skincare products, including a calendula cream that transformed her face.

The product costs just £10.95 and is now part of Rosalind’s daily routine.

She said: “My routine then became calendula cream during the day with Sudocrem at night, and I started to notice improvement on my face”, adding that she also purchased some zinc powder and mixed it in with the cream.

“My perioral dermatitis was a thing of the past within about four weeks.”

Rosalind’s skin is now “better than ever,” and she even goes make-up free when leaving the house, something she would never have dreamed of doing before.

The 75-year-old adds that she now spends a very small percentage of what she used to spend on products for her skin.

She said: “I think of the money I used to spend on all sorts of lotions and potions, and what the chemicals in them were doing to my face, and shudder.

“Now I spend a very small percentage of what I used to spend, and know what I put on my skin is actually nourishing it. It’s a lot easier on the bank account.”

Sadly, nearly two years ago, Rosalind was diagnosed with throat cancer and was forced to undergo radiotherapy, which can affect the skin in the treated area.

Small bumps on TONGUE could be new coronavirus symptom to look out for, docs warn

R rate may be up to 1.5 – highest level since just before lockdown in March

She said: “The hospital gave me a paraffin-based cream to use on the skin of my neck, and I took one look at it and decided it wouldn’t be used.

“Instead, I used Lyonsleaf’s Calendula and Marshmallow Balm, and every time I saw my oncologist she examined the skin of my neck and commented on how well it was doing.”

Thankfully, Rosalind is now cancer-free, although she does have lasting side effects of her treatment, such as being unable to eat solid foods and being dependent on supplements to maintain her weight.

“To me, it’s a small price to pay for being cancer-free,” she adds. 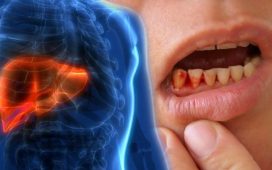 Fatty liver disease: Bleeding gums could indicate your risk of the deadly condition 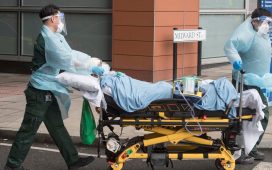 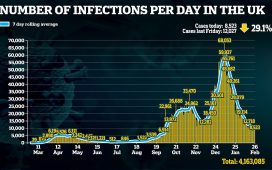 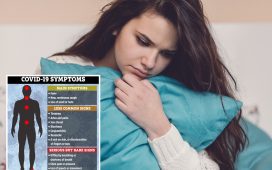 The most common Covid symptoms that affect young people 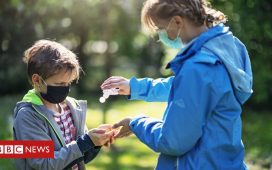 Decreasing levels of coronavirus across the UK