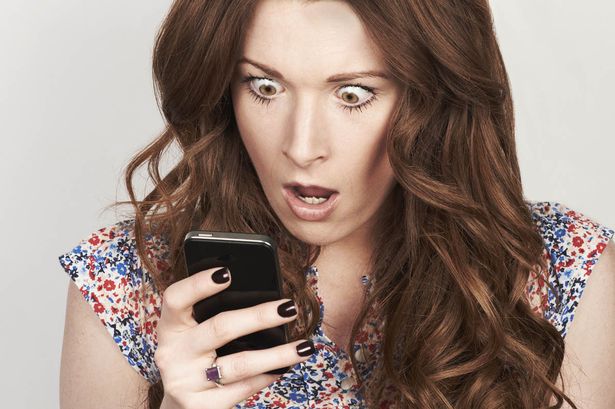 Working up the nerve to approach someone you find attractive can be incredibly difficult.

But one woman managed to overcome her fear of rejection and went over to a cute guy she saw while eating out.

Jillian Druzgala from North Aurora in Illinois, gave the guy her number in the hopes she’d hear from him soon.

And she most certainly did.

The 23-year-old got a message from him later that day, but she never could have anticipated what it would say, as things took a very surprising turn.

He explained that while he thought she was “very pretty” and admired her confidence for coming up to him, there was one big reason why he couldn’t date her – because he’s gay.

However the story doesn’t end there.

It turns out Derek, had someone else in mind for Jillian to date and honestly it’s a pretty perfect solution.

He said: “Hey this is Derek from Burge!! I wanted to say I respect your confidence to be able to come up to me and give me your number, you are very pretty!!

“Unfortunately I am gay BUT I am an identical twin and he’s straight if you’d like his number or Snapchat lol.”

But the young woman quickly recovered from the surprise and asked for his brother’s number instead.

A screenshot of their text conversation was shared by Jillian on Twitter , where it quickly went viral, amassing over 400,000 likes and 52,000 retweets.

She later shared an update, revealing that she’d gone to lunch with Derek’s brother, Scott and that she’d had a really nice time.

“Will be hanging out again after Thanksgiving break,” she wrote.

She added that she and Derek had now become friends and they would also be hanging out again after the break.

People on social media were thrilled that everything worked out so well.

One person said: “The most fortunate turn of events.”

Another commented: “The perfect example of two birds in one stone.”

“I love this,” replied a third. “He couldn’t help you so he hooked you up with someone who could.”