AN inspirational acid attack survivor has told how she still feels beautiful every day despite being mutilated for life.

Influencer Esther Jimenez, 36, was attacked with “devil acid” while working in a cafe in her native Dominican Republic in 2011.

Her attacker has never been caught, and she does not know why she was so brutally mutilated – although she suspects “jealousy” could have driven her attacker.

Despite suffering life-changing injuries that saw her undergo some 27 surgeries, Esther said: “I feel beautiful anyway.”

Speaking in a recent video interview she added: “I am the same person, it does not matter what a woman goes through, everything depends on what you decide to feel like.”

Describing the moment she was attacked she explained how a stranger walked into her workplace and told her he had something that had been “sent” to her before throwing the corrosive substance across her face.

She said: “I couldn’t take [the pain] anymore”.

Esther explained how she began to scream from the pain, at which point people helped cool the agonising burns with water and she was rushed to the Luis Eduardo Aybar hospital in Santo Domingo.

Laughing, Esther adds that when she asked her “outspoken” sister how she looked she replied: “Like crumpled paper”.

But Esther said she couldn’t have cared less what her face looked like, she was just desperate for the pain to end.

“The only thing on my mind was to be done with the excruciating pain,” she said.

The influencer, who has more than 70,000 followers on Instagram, now had to have her nose reconstructed and lost an eye as a result of the attack, as well as suffering countless burns all over her face and body.

But now she uses her platform to help end stigma and taboo surrounding the attacks – which are horrifically common against women in the Dominican Republic.

Esther is also pushing for tougher punishments for attackers.

Some 14 per cent of burn unit patients are thought to be the victims of such attacks.

And according to the British NGO Acid Survivors Trust International 1,500 women die or are disfigured by acid attacks every year.

Soon after the attack, Esther says she lost a lot of “alleged” friends, including her boyfriend at the time.

She said the horrific incident left her mum devastated, as she felt like her daughter “had died” and “could not bear” to see her “little daughter” like that.

REBELS WITH A CAUSE

But despite the hardships, Esther remains incredibly strong.

She said: “Before I had the acid thrown on me, I felt beautiful.

“And even like this, burned, I look in the mirror, I look at this little eye that I cannot close properly, and still I say ‘look at the beautiful eye. I feel beautiful.” 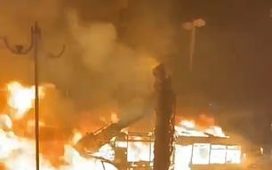 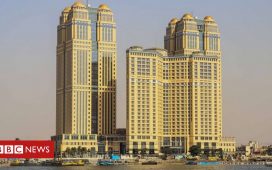 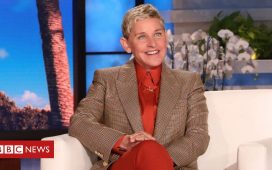