A woman has enjoyed a two-month holiday in the Caribbean for just £2,000 – by doing odd jobs for strangers like feeding the chickens or weeding.

Jean Draxler, from Scotland, had enough of the cold weather, so booked a flight to the picture-postcard paradise island Guadeloupe in December.

The 61-year-old toured around the island over the Christmas period and stayed in luxury beachfront apartments with rainforest views and palm trees without breaking the bank.

Jean believes she has saved £4,500 by staying in wealthy locals’ homes and second apartments for free, in exchange for doing simple odd jobs.

She walked dogs, scrubbed floors, dropped toddlers off at nursery and even acted as an ‘agony aunt’ as a swap for a bed for a week or two.

And thanks to a lack of tourists, she mostly stayed in unused holiday lets in exchange for a couple of hours of work.

Occasionally – when she fancied a job-free few nights – Jean would book accommodation free of charge using a home exchange website.

She accumulates ‘guest points’ by letting out her home in Portugal through the site, which she can then exchange for free accommodation with other members, who live all over the world.

Tour manager Jean, who now lives in Sao Bras de Alportel, Portugal, said: ‘There is nothing nicer than going to sleep at night listening to the sounds of the waves and knowing that this amazing home is yours for ten days and doesn’t cost a penny.

‘Never in a million years did I think that at 61 I would be hitchhiking in the Caribbean alone!

‘I just felt, with the whole Covid thing, it’s going to be cold and grey this winter and we’re going to be in lockdown, I just have to get away.’

Jean flew from Faro to Paris between lockdowns, and then on to Guadeloupe – an overseas region of France.

She only needed a Covid-negative certificate to fly to the island, and said that no one checked her passport on arrival.

Her biggest expense of the holiday was her £296 plane ticket.

The first stop on her tour was an apartment in the small village of Ferry, which she stayed in for free in exchange for doing gardening and decorating.

Jean’s apartment overlooked the rainforest and was treated to endless supply of papaya, starfruit and limes.

Jean said: ‘Normally I was up early and working in either the garden or holiday lets, cleaning, painting, varnishing, etc. by 8.30am.

‘By noon I was finished and chomping at the bit to get to LaRoux Beach, which was just a twenty minute walk away.

‘The good thing is you get to know that life isn’t all paradise in what we would consider paradise.’

Single Jean also had to clean up after the chickens which frequently came indoors.

She said: ‘It was sweeping the floor of all the chicken poo and giving it a wash, I didn’t do it really, really thoroughly though, as I thought there’s a limit to what I was doing.’

After a few weeks, Jean moved to another accommodation in Saint Rose, paid for with guest points she’d earned by letting out her Portugal home.

Her only responsibility was to look after the owners’ hens whilst they went out sailing.

A week later, Jean hitchhiked to Saint Ann to stay in a luxury sea-view apartment worth €1,500-a-week (£1,296), again completely for free.

After a week, Jean was ready to do some more volunteering, but as she couldn’t find a host, treated herself to her only paid accommodation on the trip – a studio with gorgeous views over the bay of Terre-de-Haut.

Relaxed and reinvigorated, Jean then swapped a fortnight’s stay in Port Louis for doing some jobs for the French family who lived there.

She continued: ‘It was your typical quintessential Caribbean dream. you walk off the boat and think, “oh my God, this is just amazing!”

‘My daily chores were taking Joy the dog for a walk, looking after their daughter and taking her or picking her up from nursery, sometimes cooking dinner, cleaning and some gardening.

‘If the family had rented out my room on Airbnb it would have netted them around €50 per night due to its great location just a block away from the beach.

For her last week, Jean decided she needed a bit of luxury, so she spend three nights at a complex in Saint Francois, that she again secured by exchanging her guest points.

Jean was able to save up guest points to exchange for free homestays, as she could stay in her house on the Scottish borders whilst renting out her home in Portugal, but also recommends doing the volunteer work.

Jean flew back to Edinburgh on February 7 and has been self-isolating since.

She said: ‘A lot of people think you have to be on a gap year or a student to do volunteer work, but you can do it at any age.’

‘I have been able to catch up with people and it’s been nice to have ten days and not feel compelled to do anything.

‘Also we’ve had gorgeous snowy views – I’ve gone from white sandy beaches to white snow so it has not been a challenge!’ 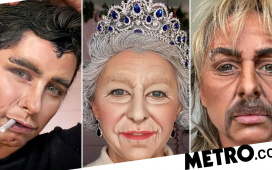 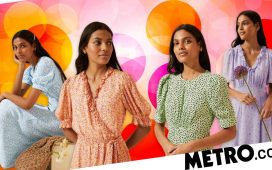 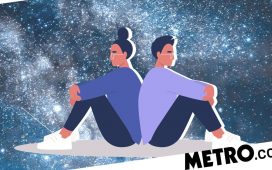 How to work smarter – beyond the traditional nine to five