NEWSCABAL > africa > With Massive Blood Drives on Hold Because of COVID-19, Smaller-Scaled Affairs Scramble to Fill the Need
africa

With Massive Blood Drives on Hold Because of COVID-19, Smaller-Scaled Affairs Scramble to Fill the Need


Donating blood used to be a popular, low-hanging fruit way to give back to the community during pre-pandemic times — if you aren’t scared of needles, that is — but like so many other public traditions, COVID-19 has thrown the good old-fashioned blood drive to the wayside.

Gone are the days of massive in-person blood donation events at high schools, colleges and businesses, where well-meaning bosses and student leaders could nudge their subordinates to go under the needle on the spot with promises of rapid-onset civic pride, and (usually) a free T-shirt.

In their place are much smaller-scale affairs, like the socially distanced blood drive held at the University of Houston’s O’Quinn Great Hall last Friday, hosted by the UH alumni association and the Gulf Coast Regional Blood Center.

No walk-in donations were accepted, and folks waiting for their appointment had to hang out at least six feet apart from other donors in a separate holding area one room over. In the Before Times, the 4,080 square-foot event room would have been full of donors all hooked-up and pumping blood at the same time, but thanks to the coronavirus, only nine donors were allowed to give blood at a time.

Two of those donors were married couple Grace and Mark Rosanes, both UH alums and current employees at the university, her in the research division and him in IT. Mark gives blood regularly, Grace every two years or so.

“I think you are always nervous about going out during the pandemic,” Grace says, admitting that she was initially hesitant about going to the blood drive but pushed herself to go through with it to help save lives.

Mark was less worried, but was still reassured when he saw the safety precautions the universally face-masked blood drive technicians had put into place. “I felt fine,” Mark says. “Everyone here seems pretty spaced-out and seems to be following the protocols… everything’s extra clean it seems. I don’t see a problem with it.”

While small blood drives like the one Mark and Grace came out to are better than nothing, the inability to hold large-scale traditional blood drives where walk-in donations can be solicited has made it tougher than ever for blood banks to collect enough of the life-saving resource that local medical patients rely on. Because one blood donation can save up to three lives according to blood experts, every drop counts.

“We’ve had over 2,000 blood drives cancel since the beginning of the pandemic,” says Moran, which has led to a dramatic decline in the number of people who have donated blood since March.

If the pandemic didn’t make things tough enough, this year’s hyperactive hurricane season has been another hurdle to getting blood donors in the door. Moran says that The Blood Center missed out on 650 blood donations due to cancellations and donation center closures thanks to Tropical Storm Beta’s heavy rains last week, and even though Hurricane Laura didn’t end up hitting Houston, precautionary shutdowns back in August led to another 600 donor deficit.

The Blood Center needs to collect 800 to 1,000 donations a day to keep up with demand from its partner hospitals, and the pandemic-long downturn in donors coupled with weather-based cancellations has left the blood bank scrambling to recruit as many donors as possible.

“The biggest thing is to get the word out for people to come and donate, because we’re really down to maybe just close to a one-day supply,” Moran says.

While government-mandated limits on elective surgeries earlier in the pandemic caused some hospitals to need less blood for transfusions than usual, there are plenty of essential medical procedures that require fresh blood to save lives that never took a break, like emergency room trauma surgeries and crucial cancer treatments.

“Cancer does not stop, so we really haven’t seen any decline in our usage,” says Dr. Kimberly Klein, an MD Anderson Cancer Center blood transfusion specialist. Cancer patients require lots of red blood cells and platelets, because they often can’t produce either crucial blood product themselves due to their illness.

“Their bone marrow is usually eradicated” due to the ravages of cancer or as a side effect of chemotherapy, Klein says. “As a result, they just can’t produce their own cells from the marrow because it’s essentially been wiped out.” According to Klein, MD Anderson performs more blood transfusions “than any other transfusion center in the country,” which accounts for “about 1 percent of all blood products in the country.”

She says that due to fewer Houstonians donating blood over the past several months, MD Anderson has had to rely on soliciting donations from its 22,000 employees to meet patients’ needs. 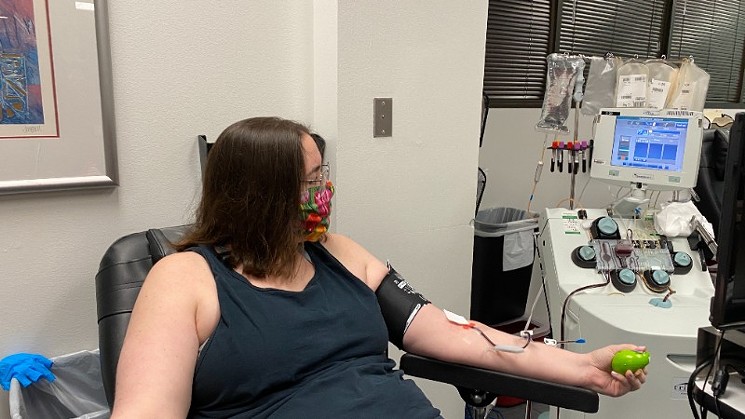 Meghan Davenport was inspired to become a blood donor after she watched her dad fight and beat cancer when she was a teenager. She used to only donate when blood drives came to her school or office, but she recently made an appointment at The Blood Center’s La Concha Street office just outside the Medical Center after she saw news reports about the decline in blood donations during the pandemic.

“I was nervous,” she says. “I think I’m nervous anytime that I do anything during the coronavirus, especially something new. But every time that I’ve donated blood with Gulf Coast in the past at blood drives, they’ve been very thorough and professional about safety, about taking care of you and making sure that you feel okay before you walk away. So I felt pretty confident that their centers would be safe.”

“I have all this blood in me that I could spare a little bit for people to use,” Davenport says. “If I don’t need all of it and it would be a game-changer for somebody else, then it seems like it just makes sense.”

These days, instead of taking over large indoor spaces and squeezing in as many donation chairs as there are phlebotomists to work the blood pumps, Moran says The Blood Center has shifted exclusively to appointment-based donations, either at one of The Blood Center’s 17 permanent locations across the greater Houston area, College Station, Lufkin and Nacogdoches or at pop-up, socially distanced blood drives.

For many of The Blood Center’s mobile “COVID blood drives,” multiple large buses that have been gutted and retrofitted into “donor coaches” show up outside the sponsor’s business. Only two to three technicians from The Blood Center and one to two donors are allowed inside each bus at a time because of social distancing rules. Donors wait in their cars until someone from The Blood Center gives them a call that it’s time to head into the donor coach.

The Blood Center is still hosting a limited number of offsite indoor blood drives like the one at UH’s Great Hall last week, but only in cavernous spaces where donors can be spaced out way farther apart than was the case before COVID-19.

The MD Anderson Blood Bank also has mobile blood donor coaches that it has deployed through the city for similar donation events, and is also requiring appointments for both mobile donations and visits to its permanent blood bank facility in the Medical Center to make sure social distancing can be carried out. At both the MD Anderson Blood Bank and The Blood Center, donors and staff are required to wear masks, and both organizations screen donors’ temperatures and check for COVID-19 symptoms before donations take place.

Another thing these two blood banks have in common is testing each blood donor for COVID-19 antibodies, the proteins the body produces to fight the coronavirus. Donors are notified if they test positive, which means they had COVID-19 in the past, and donors with a high enough amount of antibodies could play an important role in experimental plasma-based treatments for the coronavirus.

Plasma — the liquid part of blood that can be separated from red blood cells and platelets — is used for a number of specialized medical treatments, and plasma that contains COVID-19 antibodies has been approved by the FDA for emergency use in treating critically ill coronavirus patients after research showed it could help boost patients’ immune response to the disease.

“Dependent on the clinical history acquired from the donor and the strength of the antibodies identified by the testing platform, we could potentially recruit them into our convalescent plasma donation program where they would donate plasma for COVID-19 patients,” Klein says.

When she’s working on campaigns to convince the public to get out and donate with The Blood Center, Moran says she thinks back to a young girl she recently met who is in remission for leukemia thanks in large part to the blood-based treatment she received.

“Her family let me know when it came down to being in the emergency room and the ICU, she used 20 units of blood,” Moran says, which means at least 20 donors had to pitch in to make that treatment possible. “It’s about communicating the fact that blood isn’t manufactured. It has to come from each of us to be able to save someone’s life.”

Schaefer Edwards is a staff writer at the Houston Press who covers local and regional news. A lifelong Texan and adopted Houstonian, he loves NBA basketball and devouring Tex-Mex while his cat watches in envy. 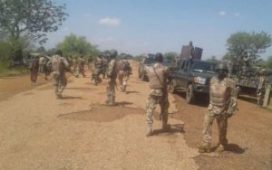 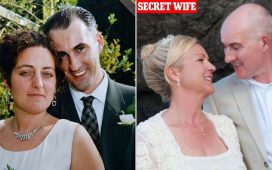 Nurse uncovered her bigamist husband had been living secret life 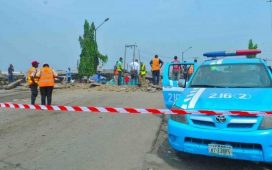 How we’re bringing sanity back to Lagos roads – FRSC boss 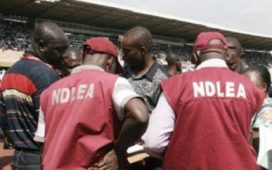