I should say, the roof is on. I don’t think it’s raining at the moment, but there’s weather around.

Pliskova has only dropped serve twice in the tournament, and in Zidansek, Vekic, Martincova and Samsonova, she’s met some decent opposition too. If she’s firing today, she’ll win.

And the pair are now stood waiting to come out … and here they come!

I’m really looking forward to seeking what Pliskova makes of today. This is already her best Wimbledon performance, and well though Golubic is playing, had she been offered her to reach the last four, you can bet she’d have taken it. I’ve not seen much of Golubic, but she’s beaten Collins, Brengle and Keys, who are no mugs, might also think that Pliskova is a friendly draw, and will absolutely be aware that this is the chance of her life. Make no mistake, there’s a lot going on here.

I guess Jabeur is the more natural grass-courter, but Sabalenka’s ability to whack it translates pretty well to any surface. Meanwhile, in the studio, Billy Jean just noted that this is the first Wimbledon since 1977 in which no quarter-finalist reached the same stage at Roland Garros – that is ridiculous .

Jabeur v Sabalenka is proper Bran Flakes gear. Jabeur has so much flair, is playing so well and is so damn likeable, while Sabalenka isn’t all that different. The question with her is whether she can produce her best – or anything approximating to it – when the pressure is on. Her progress through the draw has been tricky – she lost sets to Boulter and Rybakina – but where she might previously have lost the match too, she’s gone on to win. However she’s yet to meet a player as good or as grooved as Jabeur, who’s come from behind to beat both Muguruza and Swiatek. I guess I’m leaning towards her, but it’s so, so tight.

Wimbledon is a funny thing, an annual treat that gives us something in which to immerse without the pain and anguish that comes with team sport. Though we might have favourite players, they’re transient – they come, they go, and in the meantime represent their families and their values, not our families and our values.

Consequently, in the process of simply enjoying we can sometimes forget what’s at stake … but not anymore. As Celine Dion noted, baby, this is serious.

Once we get down to the last eight, all those remaining will fancy themselves to leave as champion – particularly on the women’s side, women’s tennis having overtaken MMA as the world’s least predictable sport. Ash Barty, the No 1 seed, has improved through the rounds and looks strong … but she’s playing her mate, Ajla Tomljanovic, who’ll have a good idea of how to hurt her; Karolina Pliskova, one of various who’ve been No1 in the world without winning a major, has slunk silently through the draw and with the pressure off will feel she has the game … but like Jelena Ostapenko, Bianca Andreescu and Barbora Krejcikova, Viktorija Golubic is in the form of her life at just the right time; Angelique Kerber is back in love with the game and the only previous winner left in the draw … but Karolina Muchova has beaten quality opponents to reach this point; and, in the match of the day, Ons Jabeur has finally put together her bewildering selection of spins and angles … but Aryna Sabalenka finally looks comfortable in the big moments.

Add to that the end of Daniil Medvedev’s match against Hubert Hurkacz, and we have yet another silly day of brilliance. Welcome to Wimbledon day eight! 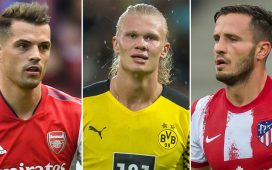 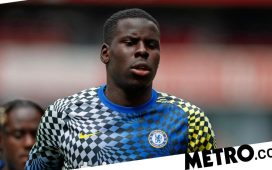